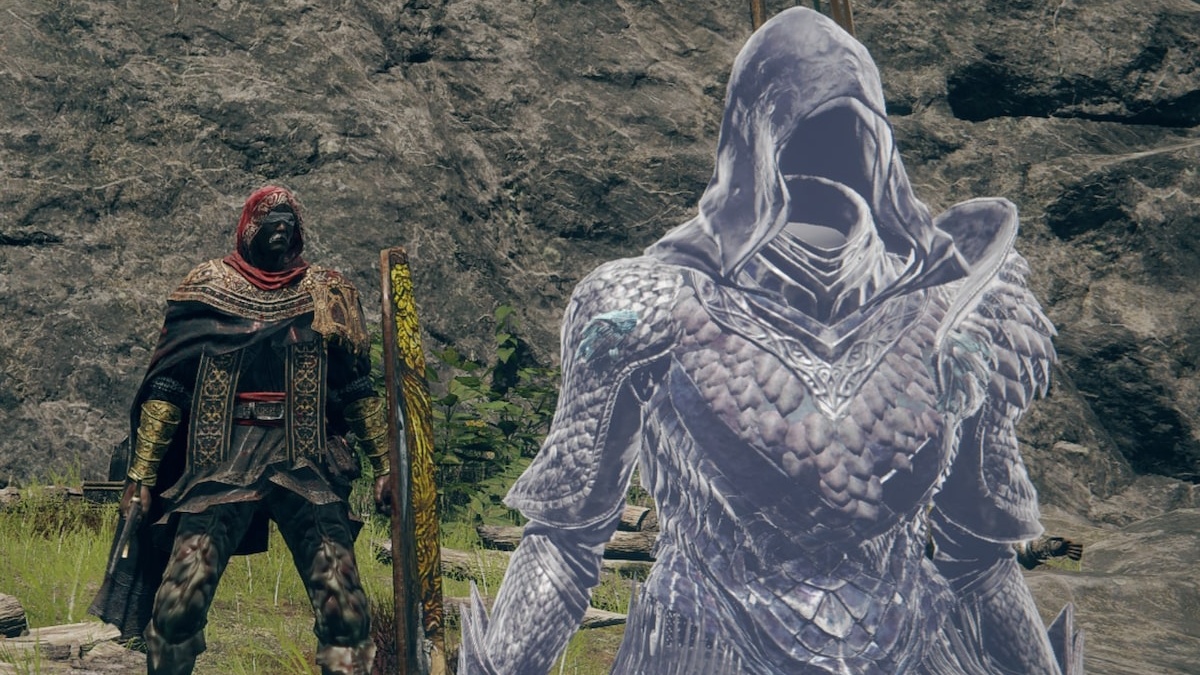 Black Knife Tiche is the daughter of Alecto, Black Knife Ringleader, an optional boss you can find in the Ringleader’s Evergaol. Alecto is a tough cookie, the Black Knives have access to the elusive power of Death, and Tiche takes after her mother. If you’re willing to put in the work you can gain a powerful companion, that will vastly decrease the difficulty of Elden Ring’s late game.

The second hardest part of getting access to Tiche’s ashes is finding your way up onto the bluff that contains Alecto’s eternal prison. You’re going to need to make your way through Ranni’s quest to gain access to the elevator in the Deep Ainsel Well. Once you’ve clawed your way through Ranni’s saga, make your to the north-western corner and enter the Ringleader Evergaol. Now that you’re here, the hardest part is taking down Alecto.

Alecto is fast, powerful, and brutal. Her attacks will reduce your maximum hit points and afflict you with a debilitating damage-over-time effect. They’re tough to dodge and shielding them will still leave you vulnerable to her attacks that have been imbued with a secondary effect.

Bring a weapon or spell capable of inflicting frostbite, a second weapon (or some fire to reset her frostbite resistance) to take advantage of the increased damage on a frostbitten opponent, and a ton of patience. This fight is going to boil down to your ability to keep your cool. She holds her ground well, making her hard to interrupt, and her agility is leagues beyond anything your mere tarnished can hope to keep up with. Lure her in, and make peace with the fact that you may only be able to get a single swing in each chance she lunges at you.

After bringing down the infamous Ringleader, Tiche’s ashes will be in your employ. Her moveset and secondary effects are almost identical to Alecto, which means bosses will melt underneath her blade and her agility will make her incredibly difficult to kill. It’s a lot of effort to get here, but it’s worth it.