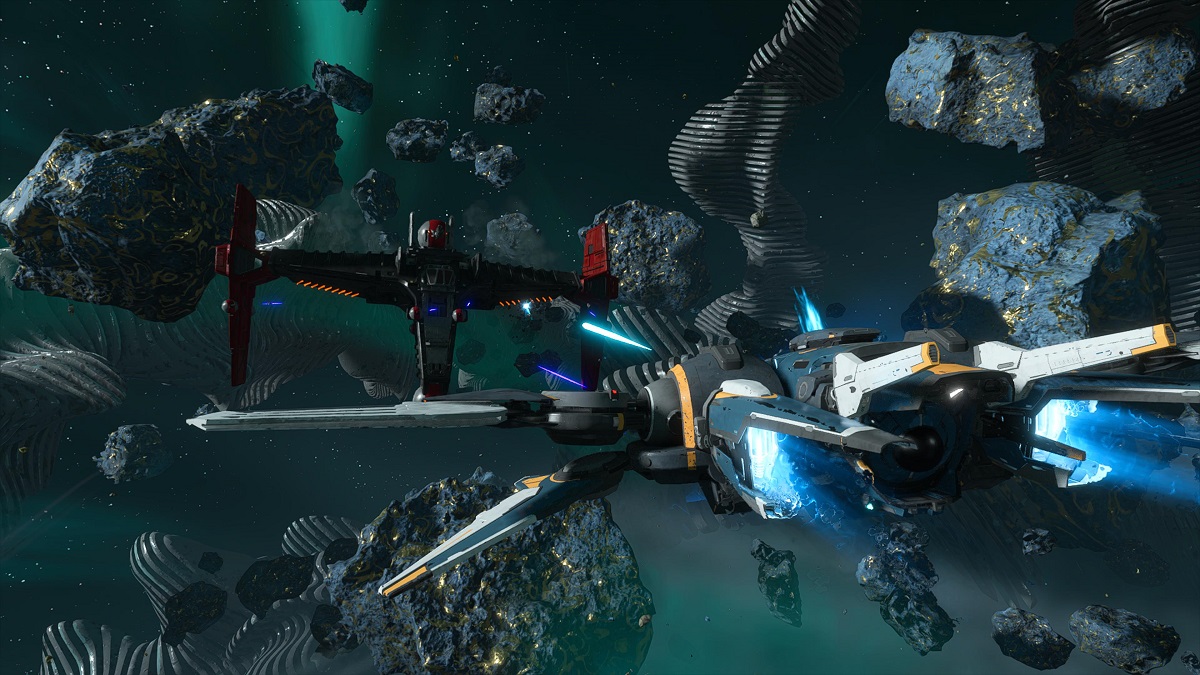 A supposed higher being than Marvel’s Guardians of the Galaxy, Glah-Ree, is after them for betraying Lady Hellbender’s trust, but instead of hand-to-hand combat, we’re engaging them in space. Here’s how to defeat Glah-Ree and his pansy Lethal Legion in the game.

When you get the grips of the Milano, Glah-Ree and his Lethal Legion are relatively easy to deal with. Pressing the cross button (A on Xbox and Nintendo Switch) boosts the ship forwards while flicking the right stick makes Starlord and the gang do a barrel roll. Fox McCloud would be proud.

The battle begins with the Lethal Legion encircling your ship in combat. It reminds us of Star Wars Squadrons or more recently, Star Wars Battlefront. Boost to each target on the map and get close to them. Once you’re in their vicinity, blast them down with the right trigger button. It auto-aims for you once the UI goes red. Their fire shouldn’t damage the ship much, but if you’re still having trouble, use the asteroids as cover and barrel roll when needed. If a few ships are behind you, flick the right analog stick upwards to make a 180-degree turn.

After taking out the Lethal Legion, Glah-Ree is now the target. Like the other ships, get close to him, and shoot a weak point on his vehicle. However, be careful, as when one part of his ship is destroyed, he vanishes and leaves mines in his place. Make sure you steer yourself away before this happens by turning away or using the 180-degree spin.

Glah-Ree will start firing lasers towards you. Once you see a light flickering red, use the barrel roll to avoid each laser. Marvel’s Guardians of the Galaxy graciously gives you a lot of time to input the dodge.

He’ll next fire purple lasers at the Milano. If you’re at a far distance, use the cover of the asteroids and barrel roll however much you can. Using your boost will get you closer to Glah-Ree as well so you can fire your cannons at his ship. After taking out all of the targets, the supposedly superior being explodes in a glorious fire, as Drax would put it.

This is a fairly quick boss that is easy once you figure out how to control the Milano. This is quite a highlight in Eidos Montreal’s space adventure, and we hope it returns in a potential sequel. There’s so much to like in this game, but it can be even better.