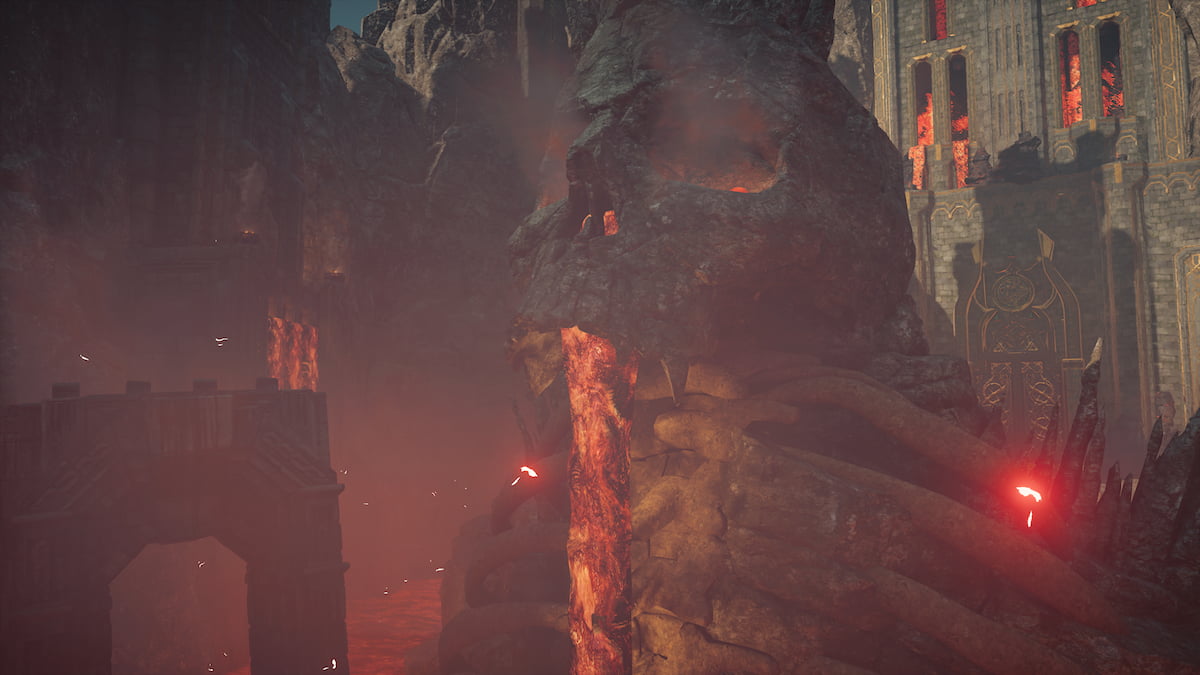 How to beat Hjalmgunnar in the Forgotten Saga

Despite Hjalmgunnar being a firey opponent, he is weak to Electric-based attacks. Therefore, we recommend having an ability or a weapon that gives you attacks electricity to do the most damage against him during combat. Of course, this will not guarantee you victory, but it is a good way to help lower his health much faster than the standard attacks you’re using.

Related: What drink should you pick in Assassin’s Creed Valhalla’s Forgotten Saga?

For the first part of the battle, Hjalmgunnar will primarily use a large scythe, and many of his attacks revolve around him using it to close the distance and slice away at you. His starting move has him sinking low to the ground, closing the distance to you, and reaching out with his scythe. You can typically avoid this attack with a quick dodge. When he stops, he will go low to the ground, and the scythe will circle him, forcing you quickly dodge away from him. We recommend keeping your distance and avoiding attacking him while he’s in this state. Luckily, it doesn’t last long.

Hjalmgunnar will also leap into the air and perform a heavy attack downward with his scythe. You will not have the choice but to avoid this attack, as it cannot be parried. Once he lands, though, he is briefly vulnerable for a few strikes. Every so often, Hjalmgunnar may also throw the large orb on his back and become faster, but the orb is easy to avoid. In addition, he may attack while also jumping away from you. This is another unavoidable attack.

When you reach halfway through the fight, the orb on Hjalmgunnar’s back will open up, and he will begin using ranged attacks against you. One attack he will use is he creates a circle around him that releases waves outside of this circle. You will want to remain close to this circle, but the orb will fire shots into the air that will land inside this internal circle. While you can hit Hjalmgunnar in this state, you need to avoid these incoming attacks. Hjalmgunnar may smash his scythe into the ground, creating two circles around him that explode upward, with the second circle being much larger than him. You can only run away from these attacks.

Another attack Hjalmgunnar uses from the eye on his back fires a laser that goes from the center and out, weaving in and out away from him. Again, you will want to go out on the side of his attack and try to hit him while this is happening. There is another ranged attack similar to this that simply goes in a straight line from Hjalmgunnar to the exterior of the arena.

On top of these ranged attacks, Hjalmgunnar continues to use many of the same attacks he had during his first phase. After you defeat him, you can advance to the next area.