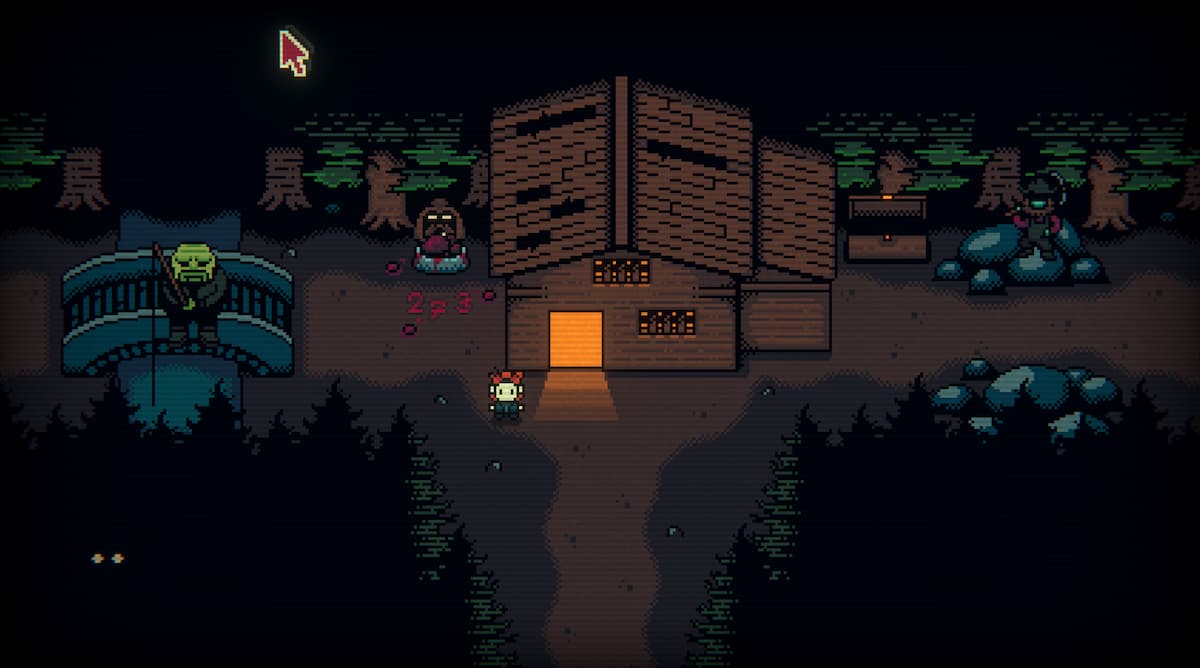 Leshy returns as one of the two first bosses you’ll face in Act 2. While many of his monsters remain similar to those encountered in Act 1, his Phase 2 mechanic has changed entirely. It’s time to turn Leshy into kindling, so let’s get started.

First, you need to defeat Leshy’s three subordinates — The Prospector, Angler, and Trapper. They all will be missing their boss mechanics from Act 1, and instead are quite easy to deal. First, speak to Leshy to get his camera. Head to the bloody safe and put in the code 273 (also located outside the cabin on the ground.) Grab the meat and head to the dog bowl to summon The Prospector’s bloodhound. Snap a picture, then head over and face The Prospector.

Once defeated, you will have unlocked Leshy as an opponent.

Leshy starts phase 1 with a 2/1 Coyote and a 1/2 Stoat. Filling your deck with units such as Bone Heap, Skeletons, and Explode Bots will help in thinning out his field, but be warned — Leshy’s camera mechanics come into play every time one of your cards dies. He will take snapshots of stats, similar to building a Deathcard in Act 1, for use in Phase 2.

First, he will record the Cost, then the Attack and Health, and finally the Sigils. You can abuse this pattern to build some gnarly cards for Phase 2 with proper planning. Once phase 2 starts, he will fill your hand with 5 copies of whatever amalgamation he created. If planned properly, this can hand you a win on a silver platter or fill your hand with something unusable.