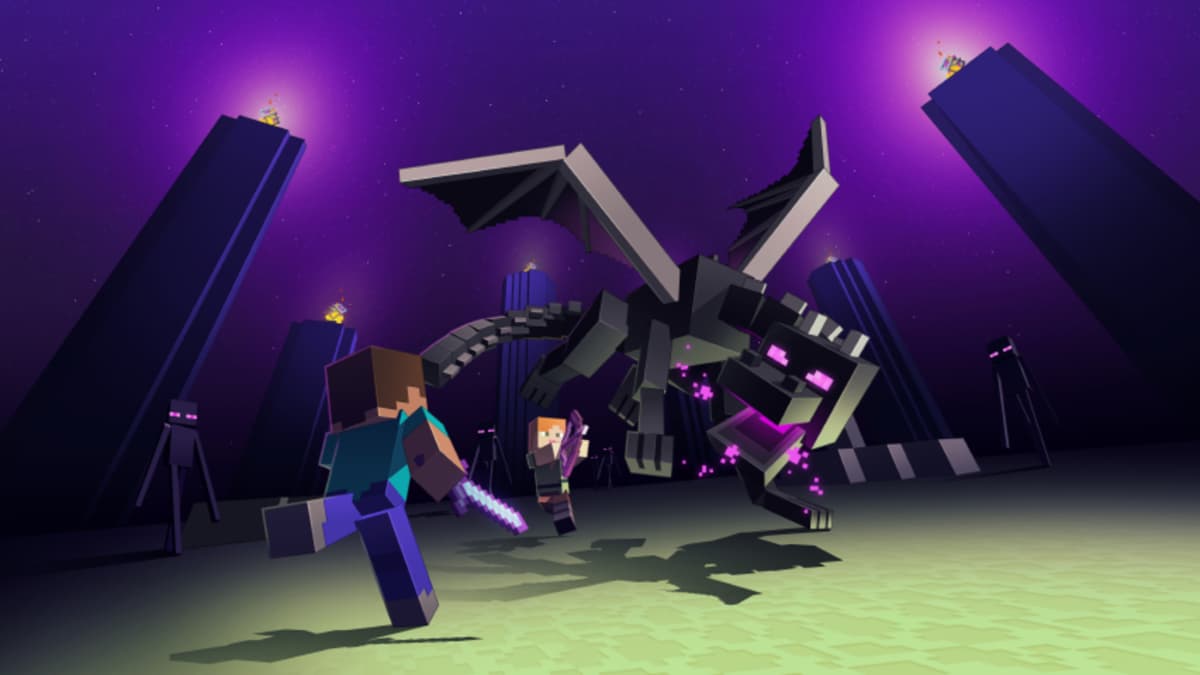 Minecraft is not really known for being a speed running game, but there is a community that loves to test their skills in reaching the credits as quickly as possible. Your main objective is to kill the Ender Dragon as quickly as possible in a newly created world without using cheats. This can be much easier said than done. With how many random elements are in the game, you need just about as much luck as you do skill. Here are some tips and tricks to help you complete a Minecraft speed run.

How do you speed-run Minecraft?

To do a legit speed run in Minecraft, you need to create a new world on a seed without cheats activated. You also need the difficulty set to at least Easy mode, but you can turn it up to a higher difficulty if you want a challenge. Most official speed run times were recorded on Easy, though.

When you first start your game, your first step is to gather at least a Stone Pickaxe and Axe. A Sword will also help your survival. Right off the bat, here is our first run-in with RNG. You need to find either a Village or Stronghold with an Iron Golem or a Desert Temple with Iron Ingots in its Chest trap. The best case situation for you will be to have a nearby Village so you can also get some Beds and food. Gather as many useful resources as possible.

Now that you have some Iron Ingots, create a couple of Buckets and a Flint and Steel when you come across some Gravel. Instead of going the long way and gathering Diamond and Obsidian, we are going to create a Nether Portal through a slightly unconventional method. You first need to find a pool of lava. Your best chance for this will be in a desert biome, but any natural body of lava will work.

You need to fill one Bucket with water and use the other to scoop lava and place it in a formation to construct a Nether Portal. Place other blocks alongside your lava placements to put water down and turn the lava into Obsidian.

While in The Nether, start off by looking for a Nether Fortress. Along the way, be on the lookout for Nether Gold Ore. Break enough until you can craft some Gold Ingots and Gold Boots from the Gold Nuggets that drop.

When you find a Nether Fortress, find a Blaze spawn and keep killing them until you get seven Blaze Rods. Next, find some Piglins. Equip your Gold Boots and start trading your Gold Ingots with them until you get a bunch of Ender Pearls. Leave The Nether when you feel you have enough and combine your Blaze Rods and Nether Pearls to get Eyes of Ender.

First, you need to collect a bunch of Feathers from Chickens and Cobwebs from the Library in the Stronghold to create a Bow and a lot of Arrows. During this time, also be sure to get enough food to ensure you are fed for the fight ahead. When you have your resources, place a Bed by the portal, sleep to set your spawn point, and go to The End.

Now it is time to fight the Ender Dragon, but you likely won’t have the same resources that you normally would in a non-speed run Minecraft game. Use your Bow and Arrows to shoot the End Crystals on top of the towers, and always avoid the dragon’s attacks. When all of the Crystals are destroyed, attack the dragon when it comes down low enough, and you will have successfully finished your speed run. You can also place Beds by the dragon and interact with them after putting a block between you and it to do a lot of damage to the dragon by causing an explosion. Just be careful not to get caught in the explosion yourself.