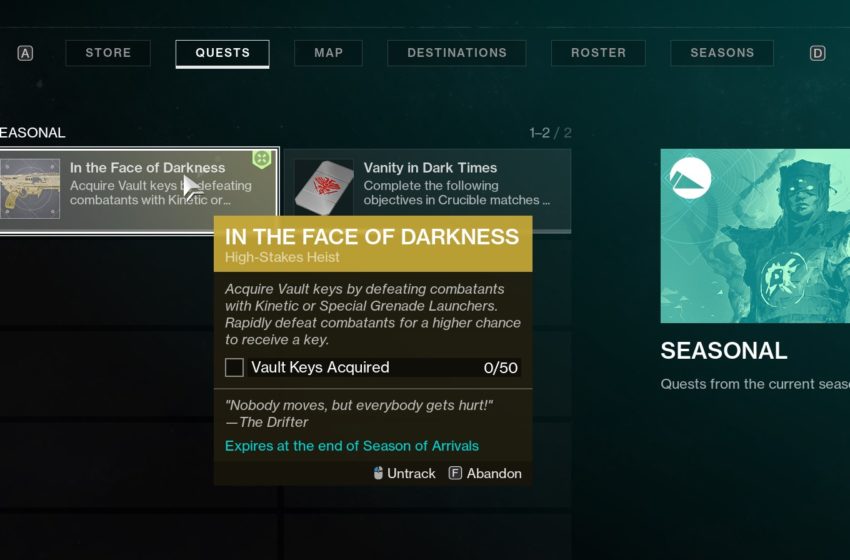 Destiny 2 features a new array of quests and things to do each season with fresh content for players to explore and dive into. When speaking to Banshee-44 in the Tower, you can start a new exotic quest called The Bank Job. You can start the quest at any time by approaching Banshee-44.

The first step of the quest has you acquiring Vault Keys. You can receive these Vault Keys by taking out combatants using a kinetic or special grenade launcher weapon against them. Hitting them with this weapon should have them drop the item. You will need to pick up 50 of them to complete the step and proceed to the next step. You won’t earn them against Guardians, so avoid the PvP modes. You’re better off farming them from NPC locations in the game.

After you complete the first step of the quest, you now need to work on a lengthy portion of the game. The next step requires you to fulfill three steps:

You may want to spend a good majority of time switching between Gambit and Crucible to receive the Guardian eliminations. You can attain several multi-kills in a Gambit match, but Crucible will give you the most Guardian Eliminations and multi-kills with the launcher.