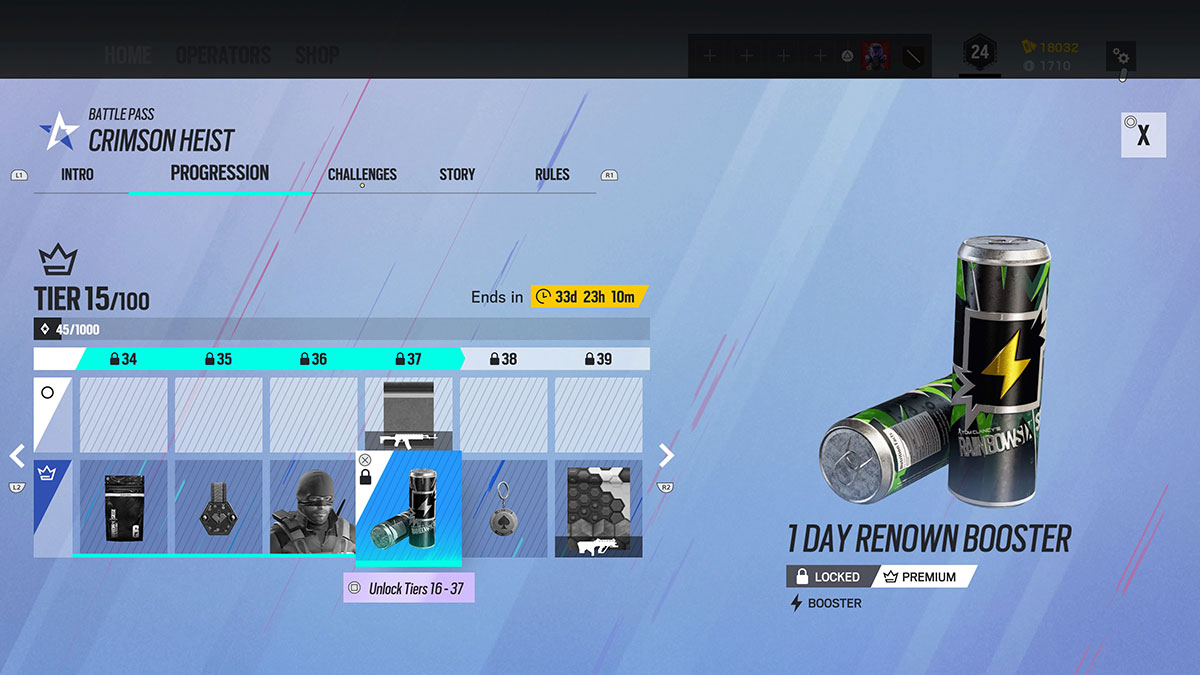 Renown is an in-game currency in Rainbow Six Siege that is awarded for most activities in the game. You can use it to purchase new Operators and cosmetics, though not the select few locked behind the premium currency paywall. However, it seems like it takes forever to earn enough Renown to buy anything larger than a Charm. In this guide, we’ll show you a few methods that allow you to earn Renown fast in Rainbow Six Siege.

In the Learning Area of Rainbow Six Siege, you’ll find the Situations menu. This is an area that acts as the game’s tutorial. It might seem like a waste of time, but each one provides you with 200 R6 Credits, a premium in-game currency that allows you to buy anything. Complete these situations in all difficulty modes, and you can rack up a few thousand R6 Credits with minimal effort.

In addition to the Situations menu, you’ve got a Tutorial section with videos to watch. If you watch one, you’ll get 200 Renown. Watch them all, and you’ll get a bonus of 200 Renown. You can set them up to play and go and do something else. Easy Renown.

The Ranked playlist is easily the hardest one to play in. You’ll face players who are a lot more serious about the game and need to have a decent level of skill to stand up to their assaults or work alongside.

While you’ll earn more Renown per match in this playlist, you also have tougher penalties for leaving matches early. If you plan to play a match, make sure you have a clear 15 to 30 minutes ahead of you because these matches can stretch out longer than any others. It’s worth it for that bonus Renown, though.

The core PvE element to Rainbow Six Siege offers a few match types, each of which is fun in its own way. It doesn’t matter which match type you play, just that you’re playing this mode on Realistic difficulty. This is the toughest difficulty level, and it doesn’t pull any punches. However, it also awards a nice chunk of Renown. The beauty of PvE is that you can farm for Renown much faster than in PvP modes. If you don’t feel like taking on any real players, this is a good way to practice while also earning a worthwhile reward.

If you’re doing this solo, try to stick to Protect Hostage matches. You can back yourself into a corner and kill enemies as they appear, rather than rushing out only to be shot in the last second before you turn a corner.

If you have Amazon Prime, then you can unlock in-game bonuses through Prime Gaming. These vary from season to season, but you’ll often see a Renown Booster package as a reward. Claim it when you can, even if you pick up Amazon Prime for a free one-month trial. That way, you can use these items to boost the Renown you earn when you do sit down to play.

Signing up to Ubisoft Connect will give you access to all the in-game challenges for Rainbow Six Siege. Most of these will only offer additional experience for your account level upon completion. However, occasionally a few will pop up that offer Renown. These are usually in the Time-Limited menu, and you’ll need to complete them within a certain timeframe.

This final method might feel cheap, but it’s a legitimate way to increase the Renown you earn. Those with the season pass gain access to challenges that award Renown Boosters. You’ll also earn these through the premium track, opening up opportunities to boost the gains from other methods on this list.