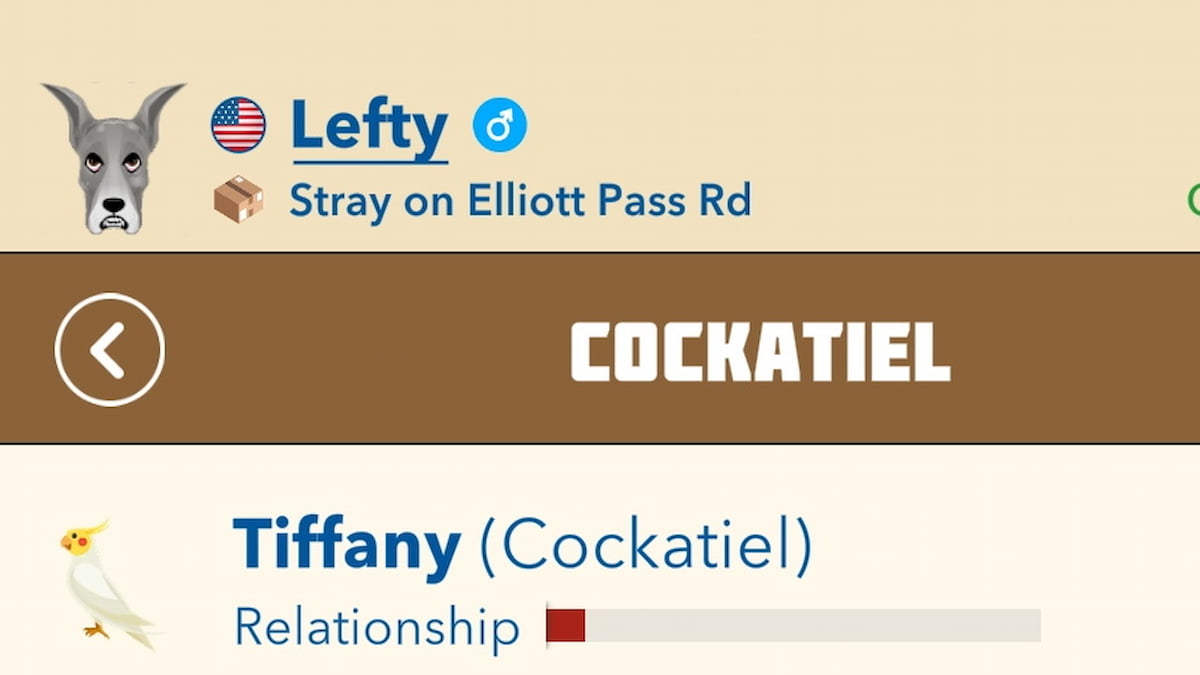 There are several animals you can encounter in DogLife. You can choose to be a dog or a cat. Regardless of these two options, there’s a chance you’ll encounter a smaller animal that you have the option to eat. One of these choices is a bird. Both cats and dogs can eat a bird in DogLife, but it all comes down to being old enough and having the option available to you. Here’s what you need to do to eat a bird in DogLife.

The animal you’re playing as should be old enough and high enough in the hierarchy. For example, our dog, Lefty, is a stray that lives out in the street and who lives outside with several other animals on their street. One of these animals was a cockatiel, Tiffany. Lefty reached two years old and became the Alpha of their street. By doing so, they then had the option when interacting with Tiffany to eat them.

You’ll also need to have a bird in your hierarchy if you want to eat a bird. You can do this outside as a stray or indoors with a homeowner. If you’re outside, a bird will need to be living somewhere on the street, and there’s a random chance of one appearing if you wait long enough. For those living inside with an owner, you’ll need to wait until they purchase a pet bird. We recommend being a stray whenever trying to eat a bird because your owner won’t appreciate you eating their pet bird.

There’s a chance the bird could get away if you attempt to eat it, so don’t expect always to devour the bird when you see one in your hierarchy.