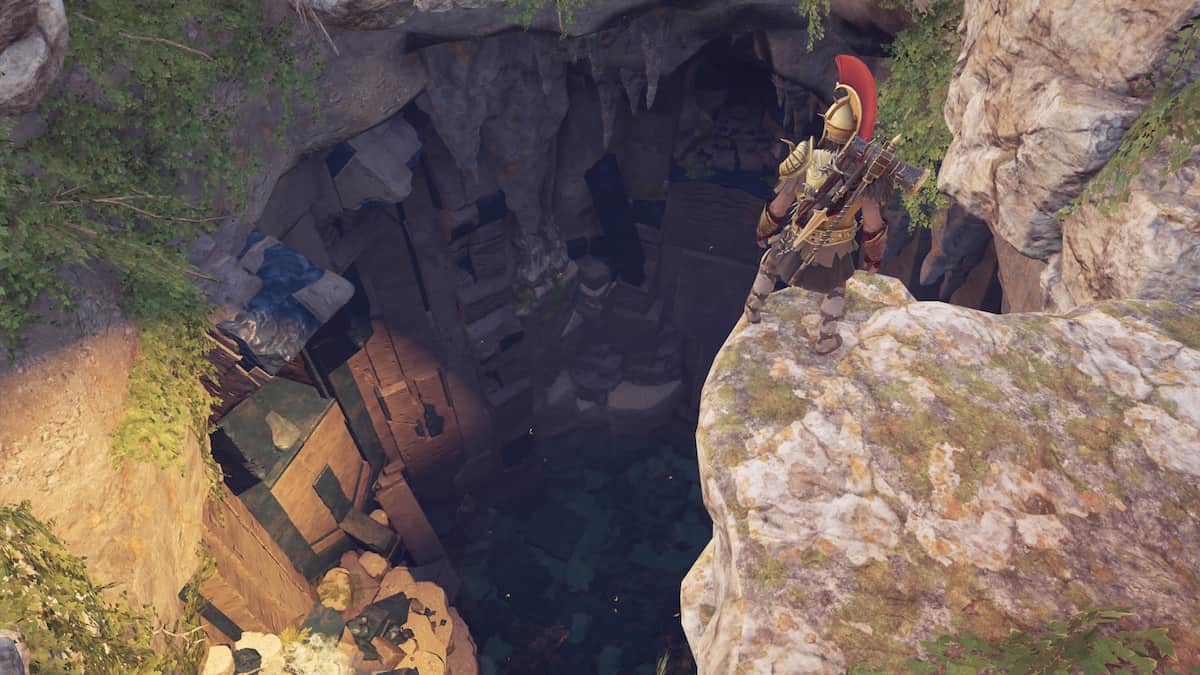 As you might guess from looking at it, the Cave of the Forgotten Isle plays a major role in Assassin’s Creed Odyssey. Although it isn’t part of the main questline, it is actually home to the Cyclops boss battle and a significant piece of loot. Considering that this fight is one of the hardest, it is recommended that players advance at least through the main story to ensure they’re capable of taking the monster down. Once that is complete, you will now only need to finish a few short side quests before progressing through the cave.

Requirements for entering the Cave of the Forgotten Isle

Despite the Cave of the Forgotten Isle being located at the center of Thisvi, you will only have access to the cave once its questline in Kythera Island is complete. The island is located just south of Lakonia at the bottom left corner of the map (as shown above), but we recommend that you are at least level 48 before journeying there. Upon arriving, you can start this by partaking in the ‘A God Among Men’ quest which should be marked on your map in Kythera Island’s Pilgrim Hill district.

It is here where you’ll be tasked with freeing a prisoner named Empedokles in Skandeia Bay, the southern district of Kythera. Once freed, Empedokles will ask that you retrieve a disk that unlocks the Cave’s gates from a thief on the island. To find this thief, simply head back to the Pilgrim Hill district and call on Ikaros to discover his location.

Entering the Cave of the Forgotten Isle

Once the disk is returned to Empedokles, go back to the cave and dive into the water. Here, you will spot a marker that should direct you toward Empedokles as he begins to open the gates. Of course, once the gate is opened, you’ll be met by the Cyclops, also known as Brontes The Thunderer. Once he is defeated, the beast will drop one of the artifacts needed to seal the Gates of Atlantis.

Related: How to complete Not All Treasure Should be Found in Assassin’s Creed Odyssey