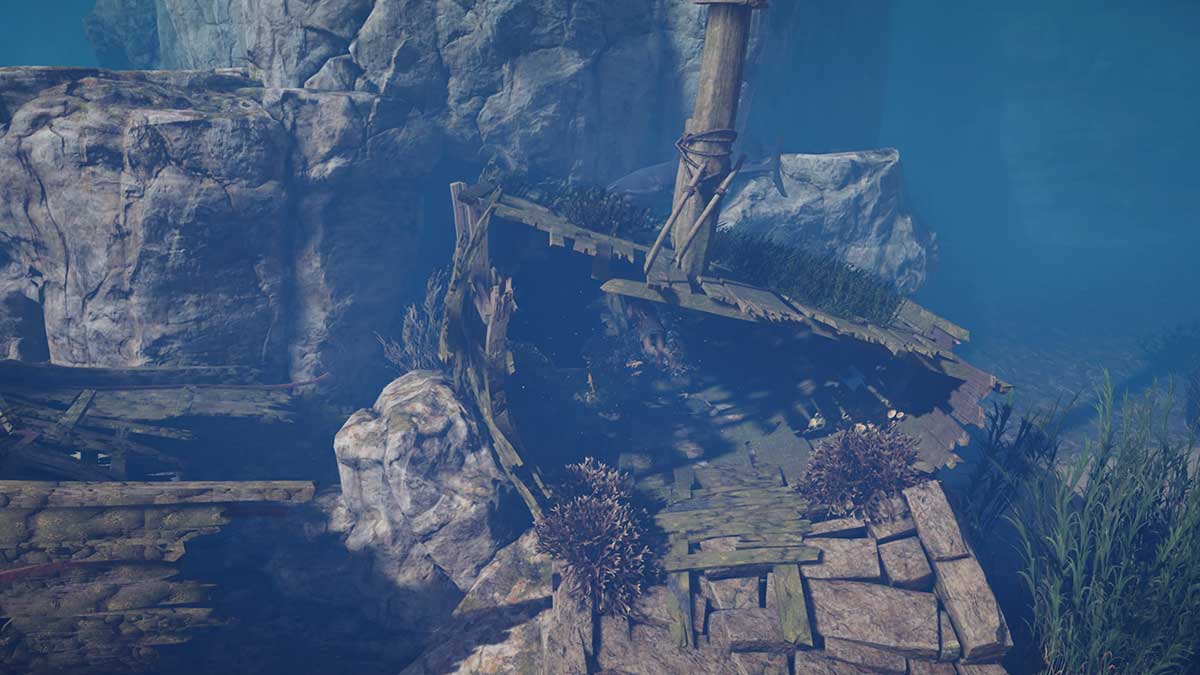 Not All Treasure Should be Found is the second quest in the Assassin’s Creed Valhalla crossover expansion in Assassin’s Creed Odyssey. To start it, you must first complete No Rest for the Misthios. Once you have, you’ll be on the trail of an ancient treasure that isn’t going to turn out how you think it will. This guide explains how to complete the quest so you can get through it without any issues.

Step 1: Find the sunken temple and retrieve the key

Your first task is to find and enter the sunken temple to get a key. You can find it west of the Pontikonisis Islet, which is the only small island off of Korfu on the map. Keep exploring north through the map, and you’ll eventually come across it. The temple is only accessible through a sunken ship, so dive in and get swimming, but watch out for the sharks.

Inside the temple, you’ll need to explore a bit to find the key. It’s inside a box on an upper level that you can only access by climbing a pillar and walking across the rope connected to it. Once you have the key, explore the temple further to find a way out.

Next, you need to meet up with Kassandra’s friends at a professor’s house, but something’s wrong when you arrive. You’ll need to investigate the house to uncover what has happened and get your next quest marker. Most of the points around the house are obvious, but there’s one inside that you’ll need to drop through a hold in the roof to reach. Then, when you’ve found all the clues, it’s onto the next location.

The following location you need to head to is the pirate warehouse. It’s up the coast slightly and is an unassuming location that’s filled with nasty pirates in need of a blade between their ribs. See below for a map reference for this location.

Take your time clearing this location out because the enemies are pretty tough to kill. When you have, investigate it thoroughly and then head to the quest marker. This will send you to yet another location, a quarry where Kassandra believes her friends are being held.

You need to make your way now to the Quarry of Korkyra. It’s west of the pirate warehouse, just underneath the Heart of Korkyra text on the map. See below for a map reference for this location.

Once again, this is a location you need to clear out. Kill all enemies and collect all the loot you can before heading to the quest marker. You’ll find a body that, thankfully, doesn’t belong to one of Kassandra’s friends. It has a note on it telling you where to go next.

You’re told to meet the pirate captain near the overgrown ruins for this final part of the quest. Follow the quest marker until you reach it, at which point Kassandra hands over the key and then has to defend herself against more pirates. When those pirates are dead, you need to find the captain, who has gone off to open a treasure chest.

The captain is the first boss fight in the expansion, and it’s an incredibly challenging one. The captain has been corrupted by a Piece of Eden, and now he’s out for even more blood. You’ll have to use all of your skills to dodge his attacks and take him down quickly. We recommend using fire. Lots of fire. When the captain is dead, you’ll see a story cutscene where some pretty bad things happen to Kassandra. The cutscene concludes the quest.