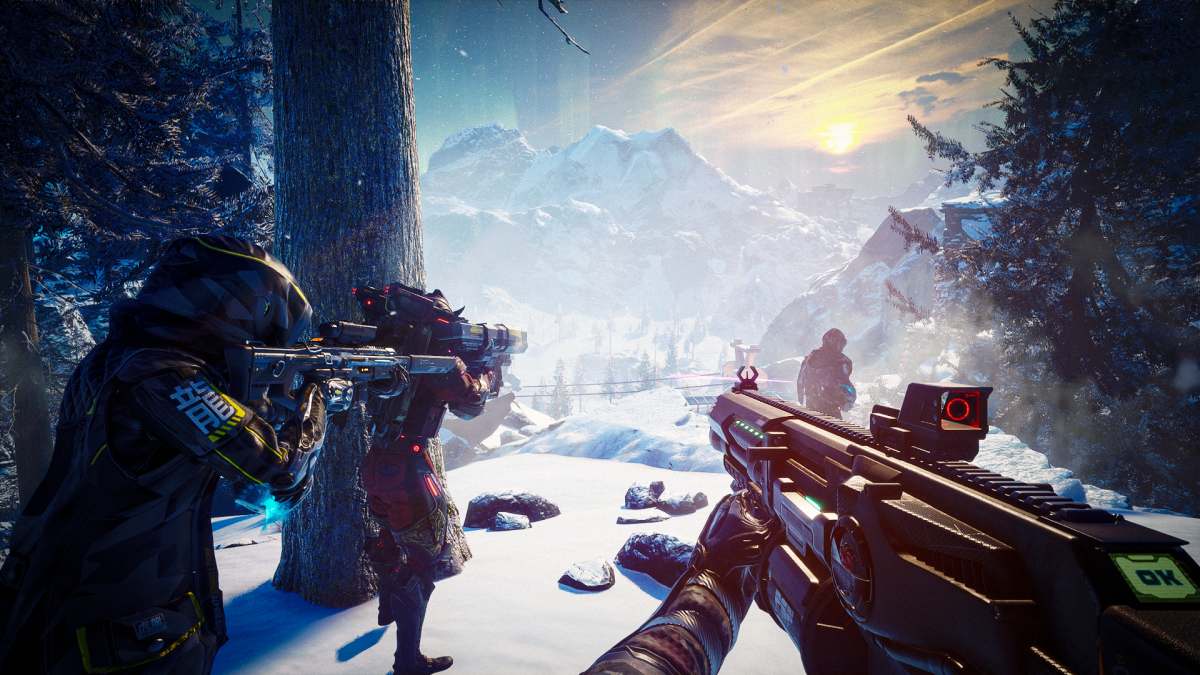 The last few months have been great for fans of arena shooters and chunky helmets, with Splitgate entering Season 0 with a new game mode and the highly anticipated Halo Infinite dropping its multiplayer offering for free. Now there is a new title on the horizon for fans of sci-fi FPS games in Leap, an upcoming large-scale PvP shooter from Blue Isle Studios. The reveal trailer features a lot of high-octane action and tongue-in-cheek references to the arena shooter genre as a whole, and invites players to sign up for the upcoming Leap closed beta playtest.

It’s clear from the get-go that Leap doesn’t take itself too seriously as a narrative experience, but the game’s focus really isn’t on the story. The main playlist in Leap is a 30-versus-30 point control mode that seems to play similarly to Battlefield’s Conquest merged with the ridiculousness of Halo Infinite’s multiplayer sandbox. Players will have at their disposal a selection of weapons, vehicles, aerial mobility tools (yes, there is a grappling hook), and active abilities. Like Blue Isle’s acclaimed 2016 game Valley, Leap lets players bound across the landscape in a sleek mech suit, though this time using it is less about managing the gentle balance of life and nature and more about blowing stuff up.

The Leap closed beta playtest opens on January 19. Those interested can sign up right now for a chance to participate by heading over to the sign-up form. Leap will be available on PC through Steam. It’s not clear yet if the game is coming to other platforms.