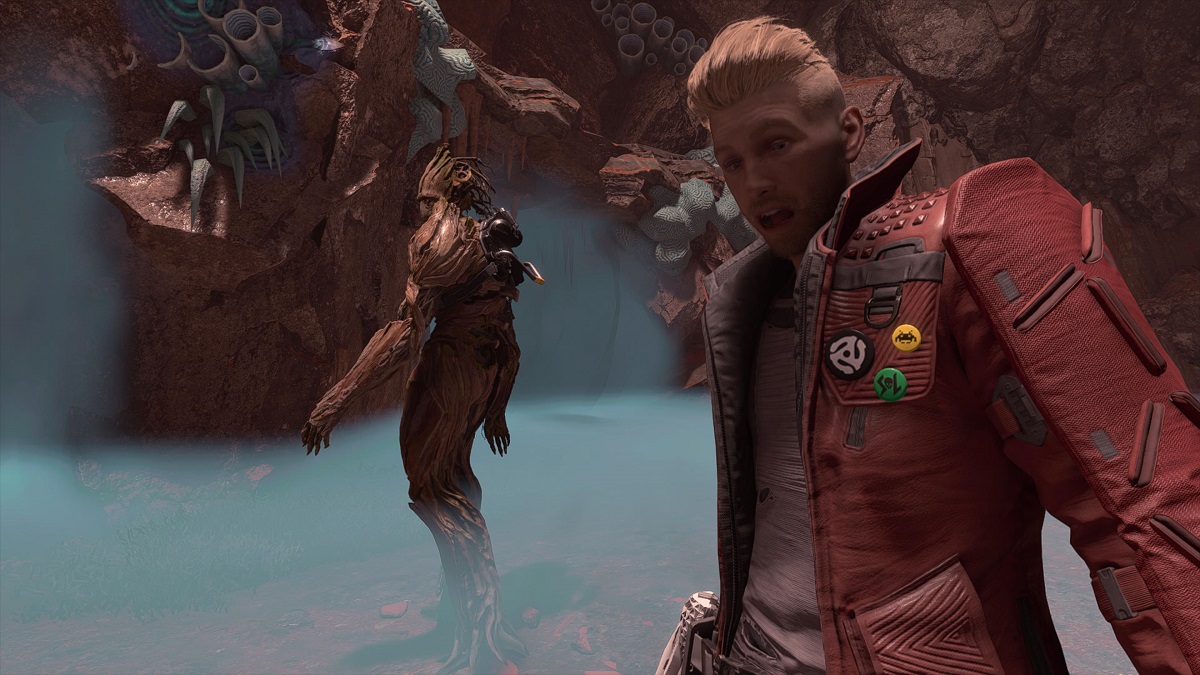 Marvel’s Guardians of the Galaxy is known for its intense third-person combat and thrilling storyline, but it is also known for a few well-imagined puzzles. The foggy cave is certainly one of them, and the answer may be easier than you thought.

In Chapter 10, you are exploring a mysterious cave. After taking out foes, clearing a waterfall for Rocket, and falling even deeper into the cave, you are stuck within a strange fog. Over and over again, you’ll be faced with foes that either Gamora or Rocket believe they are hearing. Then, you fight whatever the assassin and the rodent are saying. You’ll be doing this over and over again in a state of deja vu.

The answer to escaping this foggy cave nightmare in Marvel’s Guardians of the Galaxy is simple. Don’t agree with either of the Guardians and stay silent. You can do this by pressing the circle button (or B on Xbox) when the dialogue option appears. The trick is to believe nothing, and the fog will disappear. Starlord will then tell everyone to quiet down, and you’ll all learn that the fog conjures up monsters based on your thoughts. Trippy.

Get further into the cave to find out how to save Drax and ultimately the galaxy from the Church of Truth. You’re close to the end of the game so keep going.