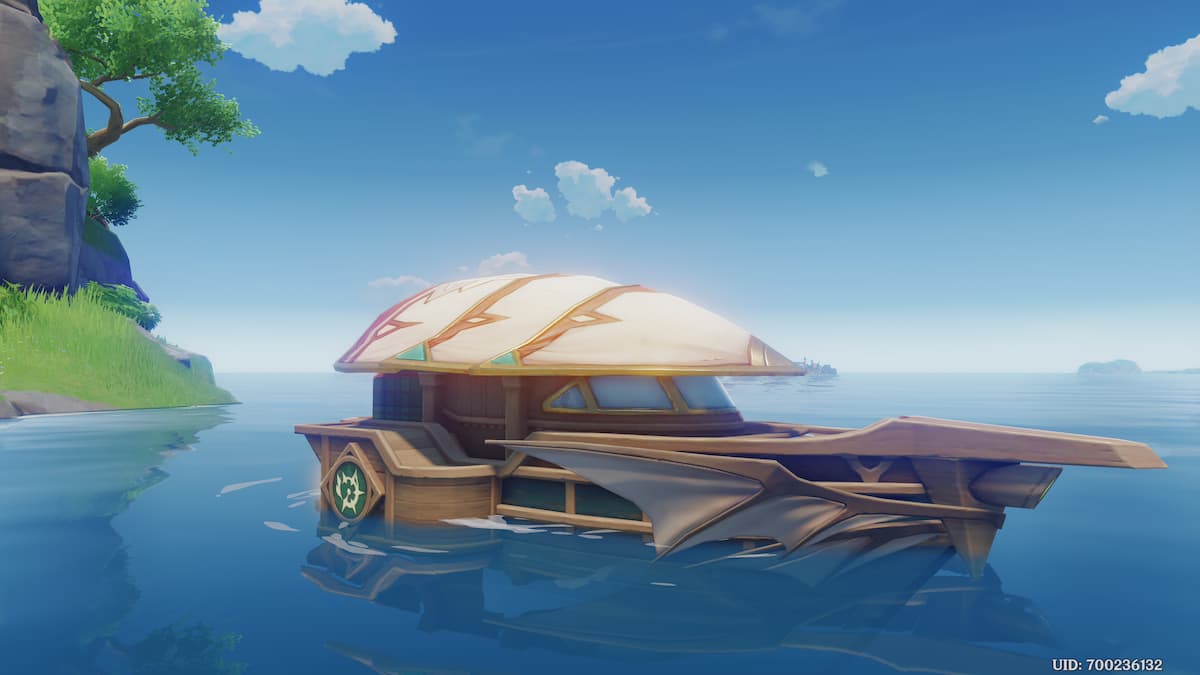 The Waverider ship is a new addition to Genshin Impact in update 1.6. For a limited time, players will be able to access the Waverider ship to explore the Golden Apple Archipelago in pursuit of the Dodo King, to try and help Klee prove that she is worthy family for Dodoco.

Players can board the ship and use it to explore the islands in the archipelago but might find the controls a little confusing at first. To board the ship, players just need to be near it, then hit the prompted button that will appear on the screen. It can be board from the land or the water.

The first control marked on the right in the image above is essentially the Waverider’s sprint. Hit the prompted button to travel faster through the water. It will have a limited charge, after which point the ship returns to normal speed. It will recharge quite fast, however.

After that is a charge cannon shot. This can be held and then release to perform a powerful cannon shot that will do a lot of damage to light platforms out at sea.

The third button on the right is the standard attack. It will do much less damage than a charged shot to both enemies and platforms. Finally, the fourth prompt shows the button to exit the Waverider. This needs to be held for a moment, after which the player will be shot up into the air and will be able to float to land.