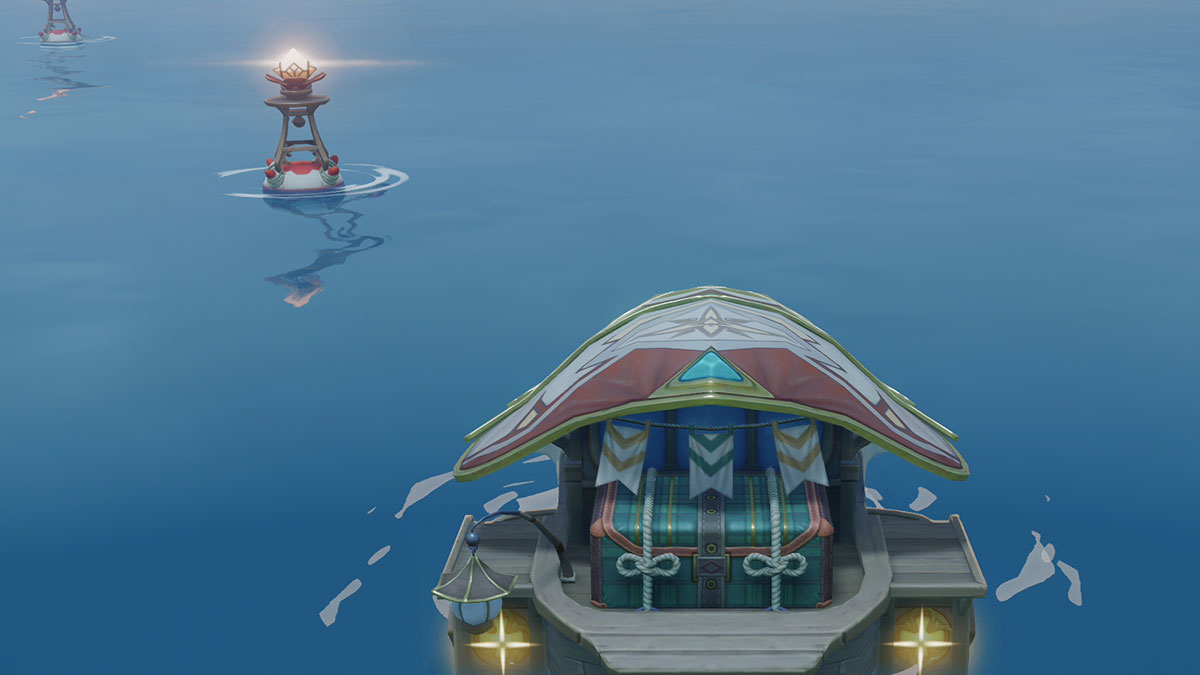 Once you arrive in the Golden Apple Archipelago in Genshin Impact, players will need to find and light up some devices. These are actually teleport waypoints that will make it easier for you to get around the islands.

You will have access to the Waverider ship that can be found right beside the first island, you just need to drop down to get it. From there, your path through the fog will be lit by floating beacons. Carefully follow these beacons each time so that you do not get lost in the fog.

When you reach each island, hit the prompted button to jump out of the boat (it will be shown as the person with the upward arrow symbol in the bottom right) and head for the teleport waypoint that will be marked on the map, then interact with it to light it up. This will disperse the surrounding fog. You can then head to the next island.

Heading directly north of Pudding Isle where you start in the region. You can visit the smaller platforms you find along the way to get chest, but the device is on the second large island that you find to the north.

The southwest of Twinning Isle, you can find Broken Isle.

Head southeast, following the beacons, to get to the Minacious Isle and light the beacon there to finish this stage of the quest.