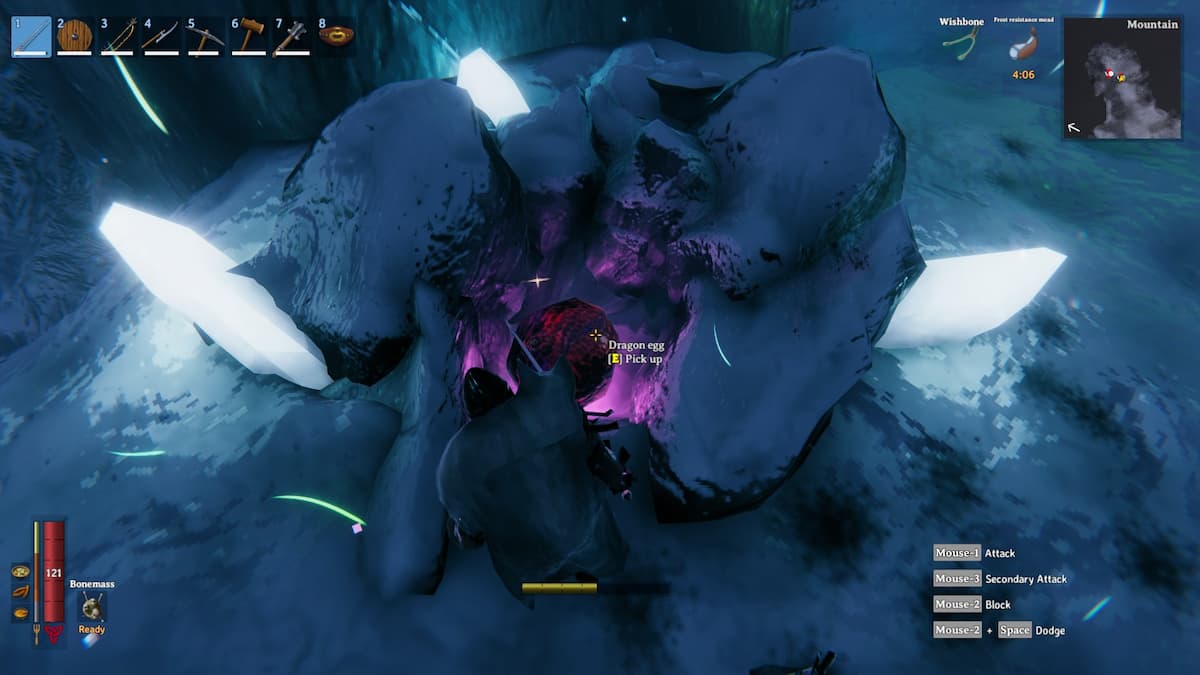 When you delve deeper into Valheim’s biomes, you’re going to come face to face with some of the stronger enemies in the game. These foes can take you out in a few hits, so you have to be mindful of how to parry their attacks. After you defeat Bonemass and you make your way towards the mountains, you’ll find a new adversary, Drakes, which can become troublesome if you’re not paying attention. While investing in the mountains, you can also locate their eggs.

How to find dragon eggs

The dragon eggs are pretty large, and they’re difficult to miss. You first want to find the dragon nests nestled into the Mountains biome. These nests stick out because they have pure white crystals surrounding them, giving them a distinct glow that is difficult to miss. When you find this glow, you can place money on a dragon egg resting at the center of it.

The dragon eggs are heavy, weighing 200 pounds. You want to make sure you have the belt of Megingjord from the Trader to carry it. Unfortunately, these eggs cannot go through the teleporter, similar to the various ore pieces in Valheim, so even if you establish a portal nearby, you can expect to place it inside a chest for safekeeping.

How to use the dragon eggs

The dragon eggs do not give you access to a dragon you can tame and train for combat, like the wolf or the boar. Instead, they’re used to summon the fourth boss, Moder, and you need to collect three of them. When you find Moder’s summoning circle, you can typically locate three nearby eggs on her mountain, so not being able to teleport them isn’t the worst crisis in the world.

Outside of summoning Moder, they’re not used in any other way. If you want multiple attempts to battle against Moder, it helps to gather these up back at your home and mark down her summoning location for a future journey. Beyond fighting her, you have no further use for them.