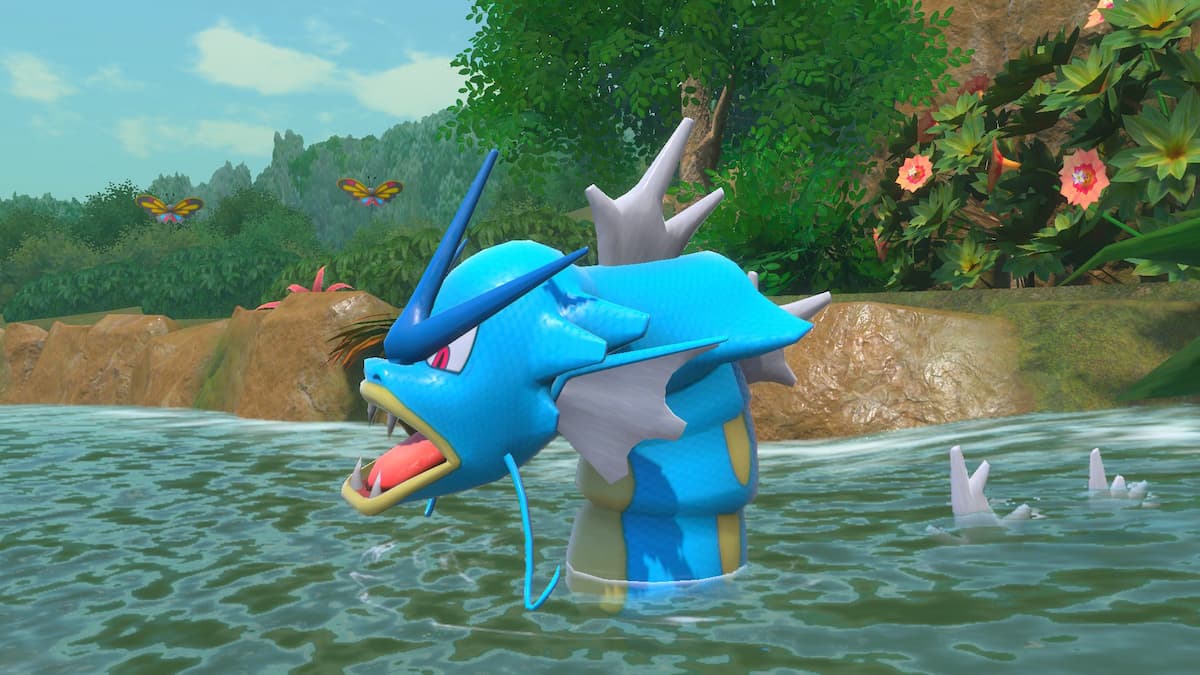 Gyarados may not be a Legendary Pokemon, but with its threatening appearance, it remains a memorable and desirable pocket monster to have. The first major update of New Pokemon Snap includes Gyarados as a new Pokemon to take photos of, but this will have some prerequisites before you can see it, let alone take a four-star photo. You’ll find Gyarados in Mightywide River in Belusylva.

How to find Gyarados

Gyarados appears in the River (Day) Level 2 stage, meaning that you will have to play the Level 1 stage a couple of times to raise your Research Level. Playing through the first stage will help you get a good lay of the land, and you’ll have to be quick to shoot some Illumina Orbs at multiple Crystablooms.

Related: How to find Snorlax and complete the Snorlax Dash request in New Pokemon Snap

As you’ll float through the river, you’ll eventually go down a waterfall into some rapids; once you’ve settled, note a sleeping Arbok on a log to the right. Past that Arbok is a waterfall — scan with the X button and take notice that there is a Crystabloom behind the waterfall. Shoot Illumina Orbs quickly and hit the Crystabloom — the flower will glow yellow and illuminate the waterfall, and the Gyarados will briefly appear before submerging.

How to get a 4-star Gyarados photo

It will take some quick timing to get that coveted four-star photo — after the second waterfall, look to your right for another Crystabloom. This should be easy to hit from this angle, and once you hit it, a glowing Toucannon will land next to it. You will want to turn around directly behind you to where you came from. As you continue to go down the rapids, Gyarados will do a jump scare and swim out of the river and towards you. Snap a picture quickly, and this action shot will be the perfect four-star photo for your collection.