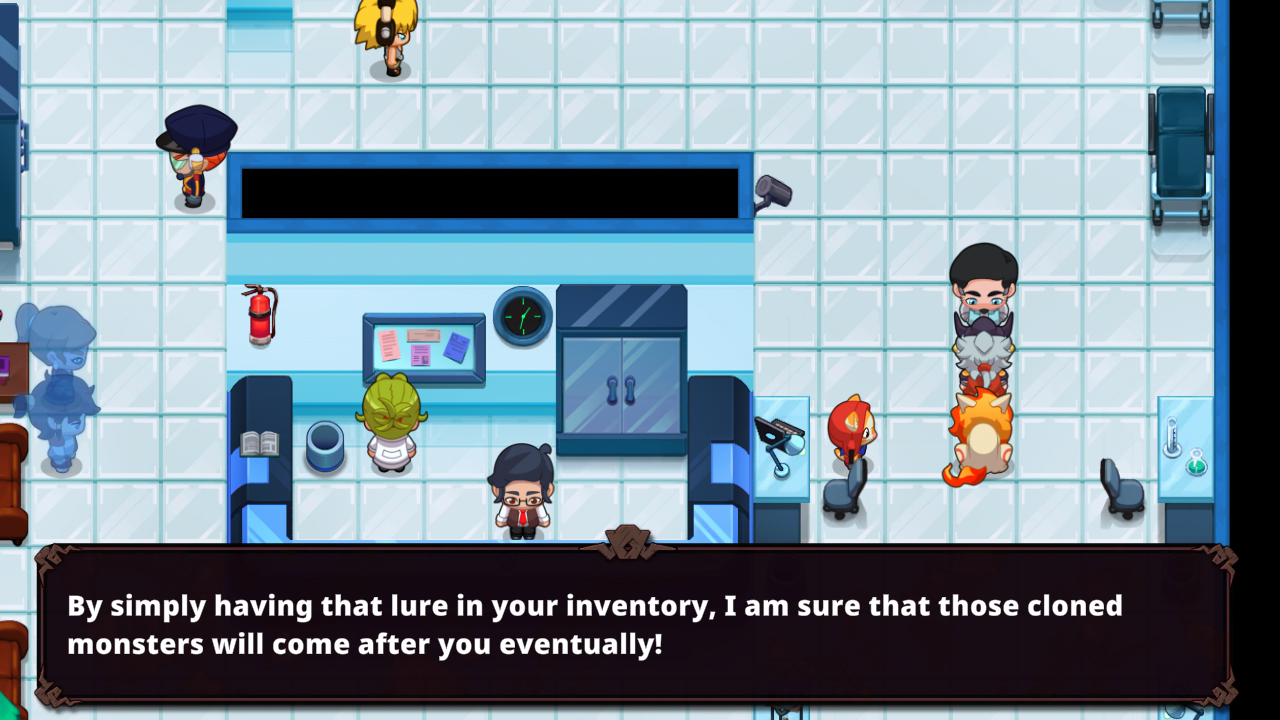 One aspect that makes Nexomon: Extinction replayable is the idea that you can spend a long enough time in any area in hopes of seeing a rare beast. But, there’s already so much to do – tamers to bully, other monsters to catch – that you’ll rarely find time to hunt these coveted animals. Although, players can maximize their chances of spotting Mega Rare extinct Nexomon with one significant item.

If you have made it to the game’s first major location, Parum, then you can walk through to the northwest part of town. It is here that you can find a research center that will have a black-haired scientist to the right of the help desk (see image above for reference). He claims he will make an offer you cannot refuse if you fight his Nexomon. There’s one small issue: his Nexomon is the Mega Rare Florozard.

Have some coins handy

Being a grass-type, Florozard shouldn’t be too much of a problem for you as long as you have some fire-types in your arsenal with the move Burn. Afterward, the professor explains that Florozard, among others, can be caught by players with the help of the Experimental Lure – a rod that lets you easily seek out extravagant Nexomon in the wild. You can then purchase the item from him for 1000 coins. If you’re strapped on cash at the moment, maybe fight the rich tamers near the Frozen Caverns to earn you the amount in no time.

Going further into the game, it’ll be clear that the lure is a must. There’s a massive jump in Nexomon levels once you pass Parum and a Mega Rare creature of your own would pay off. It should be noted that you don’t have to go into your inventory to use the lure. Once acquired, your chances are automatically increased.