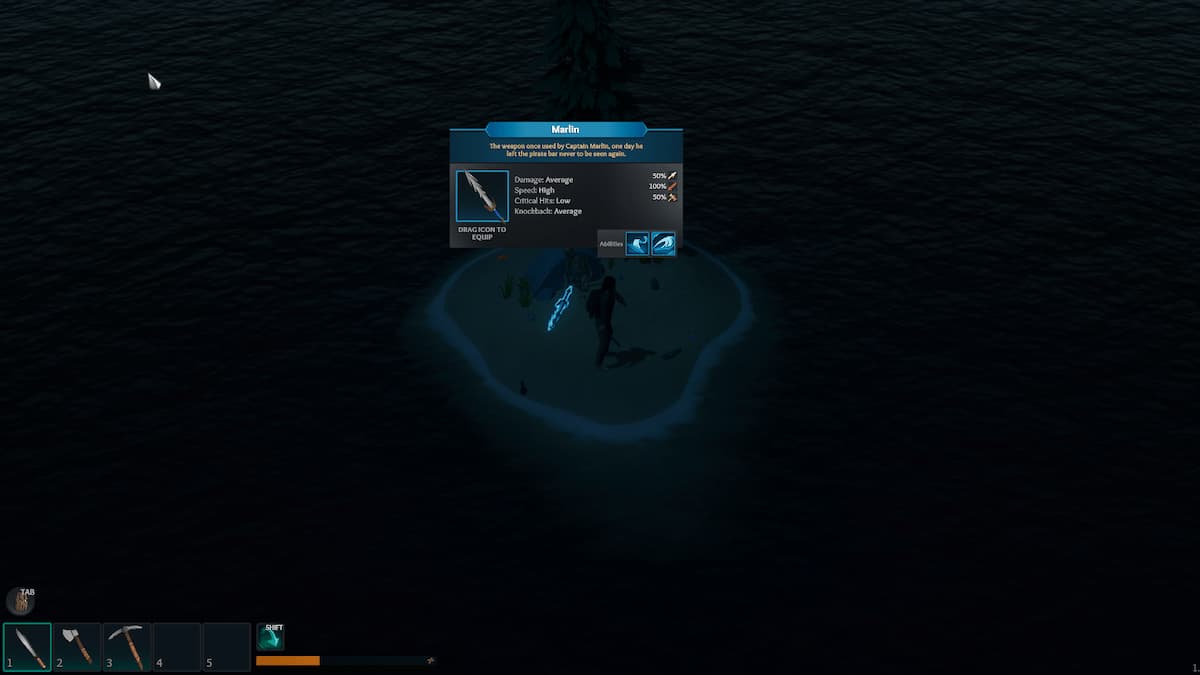 Len’s Island is a tough game to get started in if you’re a new player. The game throws you in with no directions and bids you explore this island, teeming with natural resources and dark creatures that roam the nearby Caves. Diving into the Caves with only your starting gear is nearly a death sentence, as the game expects you to shore up your arsenal by gathering and crafting. However, the developers put in a little secret — a powerful sword that can be obtained at any time, allowing you to travel much more safely.

This weapon, the Marlin Sword, can be obtained in one of two ways. The more complicated way is to travel to the far western reaches of the Island and manually locate “Lonely Island,” a small island with a skeleton, some resources, but more importantly, the Marlin Sword. A much more simpler way is to simply swim out into the ocean as far as possible before getting warped to the Lonely Island.

This sword is a fantastic early-game weapon. Boasting higher attack power and a faster swing animation over your starter knife, the Marlin Sword will allow you to delve into the Caves and explore the island with a bit more piece of mind.