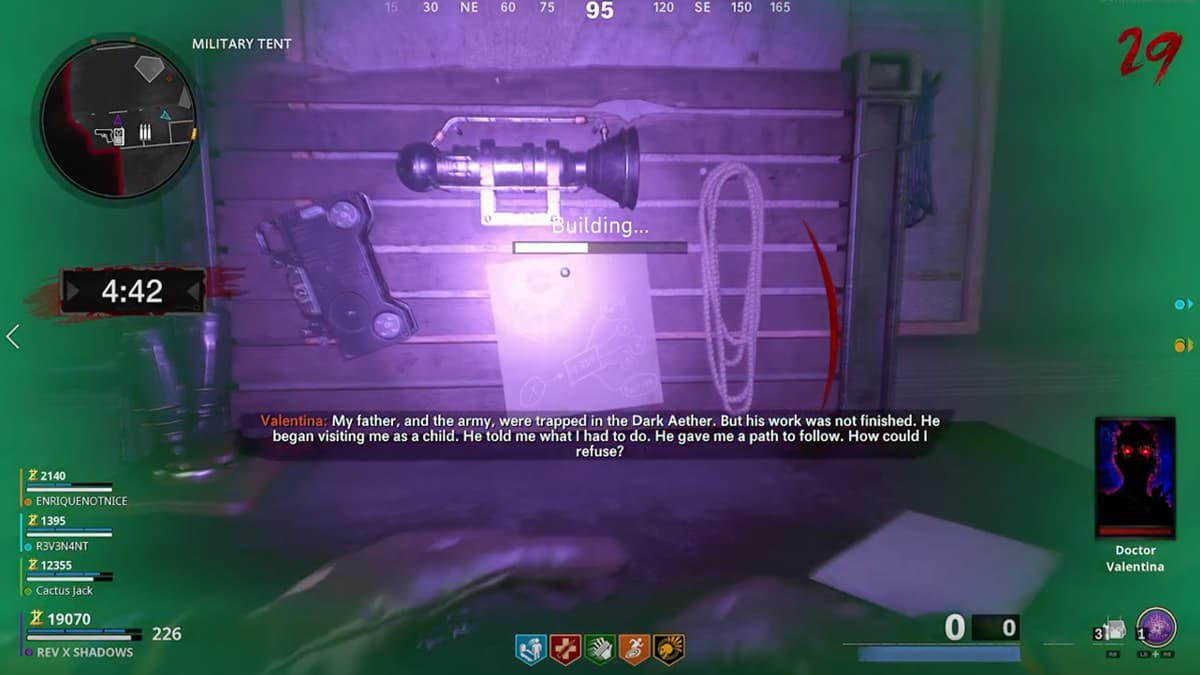 Bugs and glitches are annoying, especially when they come in and ruin a game that you have put a lot of effort into. Unfortunately, players are seeing a pretty common bug during the main Easter egg quest for Mauer Der Toten in Call of Duty: Black Ops Cold War Zombies, which can typically take over an hour to complete depending on you and your group’s skills and teamwork.

Towards the backend of the quest, you are tasked with gathering Uranium and taking it to a Crafting Table to create a new item for a nuclear bomb you are making. Some players are unable to craft the item, which is a problem, considering you are under a five-minute timer before the Uranium explodes, ending your entire run. Here is how to fix the Uranium crafting glitch on Mauer Der Toten in Call of Duty: Black Ops Cold War.

During the Uranium Device creation process, if you are holding a Uranium Rock and the Crafting Table is not letting you craft, first off, be sure you are at one of the correct locations. There are two spots to craft the Uranium Device. One is under the green tent on East Berlin Street behind the stairs to the subway. The other is on West Berlin Street under the green tent to the right of the Trials Machine. If one workbench is not working, you can always try the other one.

Another way to potentially fix the issue is to drop the Uranium you are holding and pick it up again. Since you take damage while you are holding it, it could be messing up your crafting process. On PlayStation or Xbox, you can drop it by pressing down on the d-pad. On PC, press C. If it still isn’t working, try to have a teammate pick up the Uranium and attempt to craft it.

Treyarch is aware of the glitch and is working on a fix, so hopefully, this bug will not be affecting people trying to finish the main Easter egg quest on Mauer Der Toten for very long.