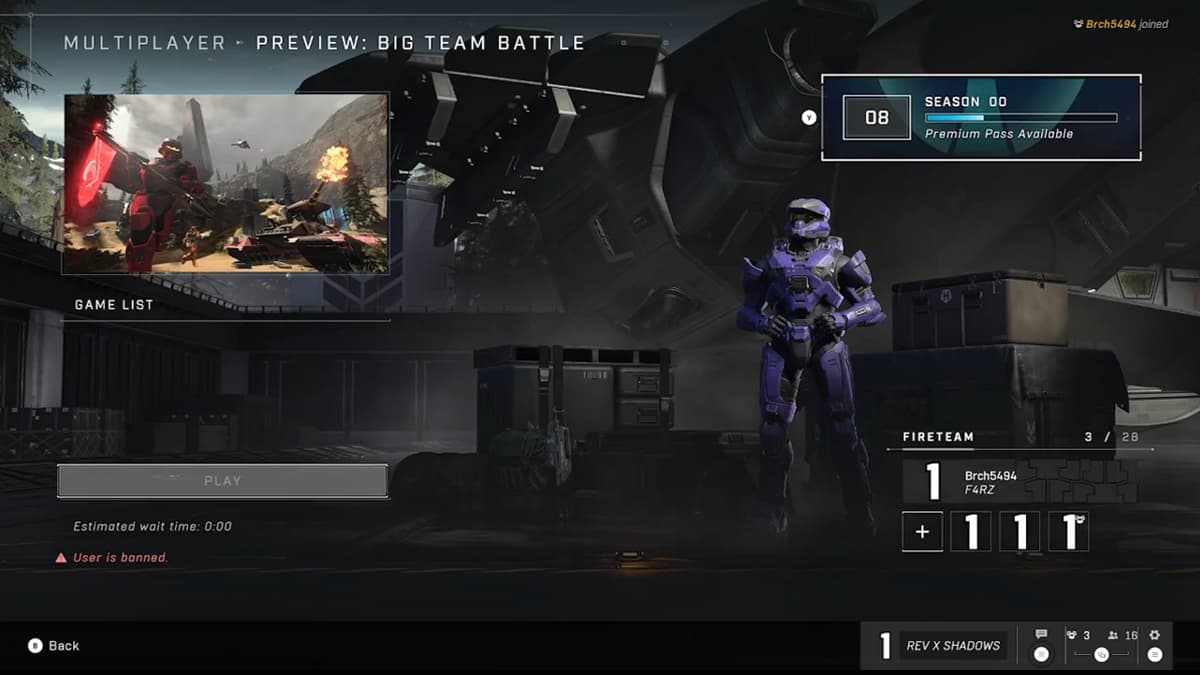 The Halo series has always taken the initiative to punish players for leaving games early. However, this mindset has left some players to be unfairly punished, especially during the Test Flights for Halo Infinite. If the game crashes or kicks you out of a search for a match multiple times, you will get a message saying User is banned when trying to search. Here is how to get past it.

Unfortunately, there is no way to get past the User is Banned message outside of waiting for the ban to pass. Luckily, while this message is the game preventing you from playing more matches, it is not actually banning you but rather suspending you. We were “banned” after matchmaking failed for us three times in a row and got the message. A half-hour later, we were able to search for matches again, but that wait time could be much less for you.

These kinds of issues are what the Test Flight is for. 343 Industries can look at these issues and make sure they fix them for launch and beyond. We would recommend keeping trying to play, and if you are running into problems like we were, take a break and come back later.