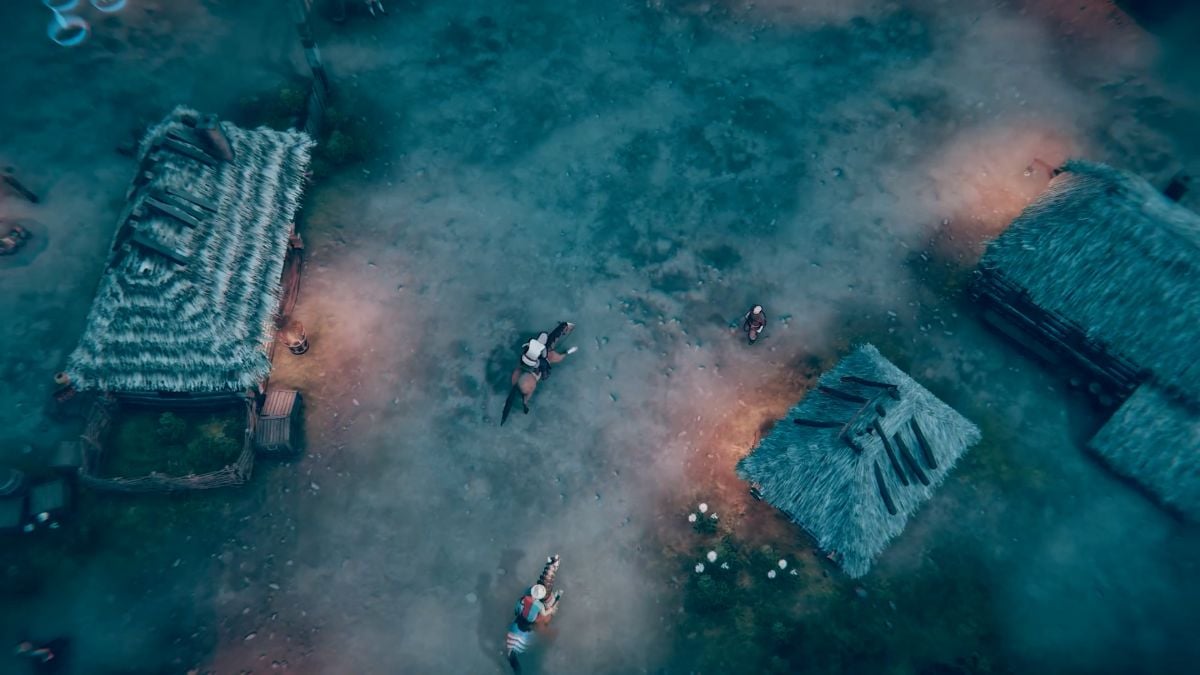 If you want to commit devious deeds in the world of Rustler, you’ll need to know how to avoid guards like the plague. Similar to the Grand Theft Auto series, you’ll often find yourself on the run and there is a crime level to keep track of. Thankfully, there’s a way to fool the guards and continue your criminal ways.

You’ve hit a guard and now you must face the consequences. At least, that’s what the law wants to happen, but we’re not going to let it. Quickly jump on your horse or steal someone else’s by pressing the Y button (triangle, X, or right-click) and begin to sprint at a breakneck speed to outrun the onslaught of guards. At first, you’ll see a crime meter of one guard, but if you keep causing chaos, it will rise dramatically over time.

To efficiently stop the chaos, try to find wanted signs throughout the map. They’re often on building walls or rocks, and the paper is a goldish yellow. Despite a guard being right next to you, if you rip down a wanted sign, the guard will stop chasing. This is the best way to flee the guards in Rustler.

There are two abilities that would help you immensely in this GTA-style game. All Good in the Wood(s) can be unlocked with eight horseshoe points and allows your wanted level to decrease faster in a wooded area. It will be harder for them to find you with the trees obscuring you from their vision. You’ll be shaking them off in no time. The second ability Secretariat for two points lets horses regenerate stamina up to 30% faster, so your horse will be much quicker against the guards who are chasing you.

You don’t want to be caught by the guards as they’ll remove all the weapons you have found. To stop this from happening, you can unlock the My Uncle’s a Sergeant ability. For eight points, this skill lets you keep all of your weapons even if you’re arrested.