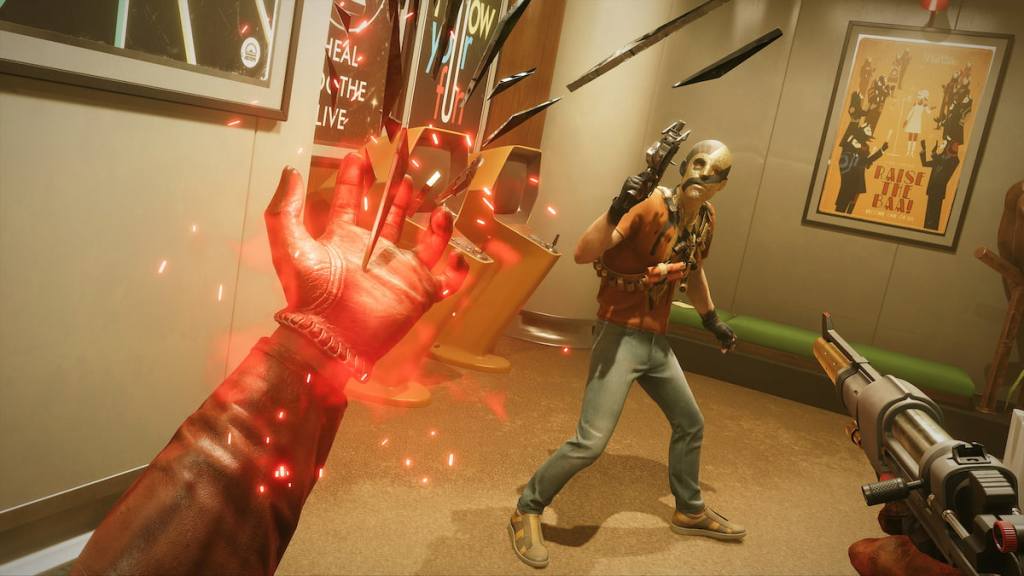 The enemies in Deathloop are going to be searching all over for you, and when you return to a location after dying, they might not be the same foes. For example, some of them could be carrying a unique loadout, or more powerful enemies might have distinct movements and behaviors. You can learn about those details by using the Focus ability.

To Focus on an opponent, aim your radial at them and then hold down your controller’s down button on the directional pad. You can hold it down for a brief time to mark them, but if you continue to hold down the button, you’ll focus on the character, learning if they know where you are, the possibility of them having any Trinkets on them, and the type of loadout they’re going to be using.

You can use this for nearly any enemy in Deathloop. After focusing on a character, a small icon will appear above their head, and you’ll be able to track them around the map while they’re moving around. It’s a good way to make sure you remain knowledgeable of their movement, especially if you’re trying to sneak around.

While aiming down sights, you can mark a character, but you won’t learn anything about them. You’ll have to remove yourself from looking down sights to see the notifications about the character you’re targeting.