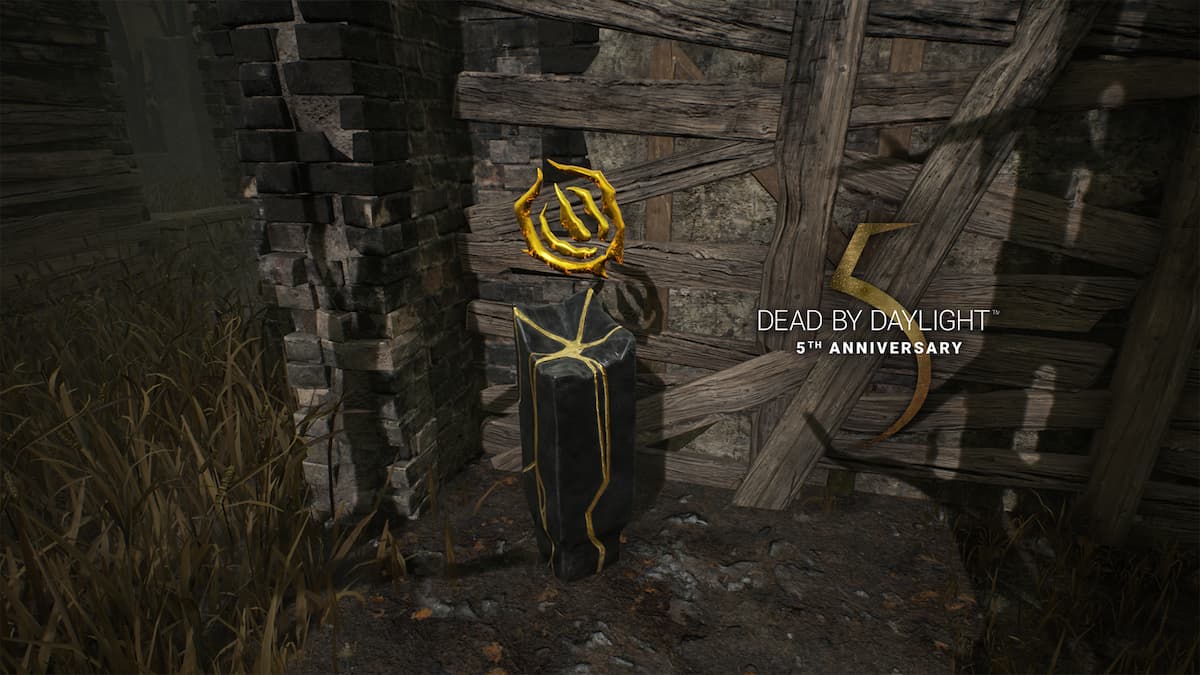 Dead by Daylight is celebrating its 5th Anniversary which means that the golden Crowns are back in the game. These rare cosmetics are only available during the anniversary events. The look of the crowns has been changed up this year, looking far more intricate that the simple halo-style of last year.

Getting the crowns is fairly simple, in theory. As a Survivor, you need to find the crown during a trial, and then make it out of the trial alive. As a Killer, you will simply need to play to the end of the trial.

The crowns will appear on a black plinth with golden marbling on it, and when you pick them up during a trial you will get a golden glow. Survivors will not lose the glow when they are hooked, but they will lose it, and the crown, when they are killed. Keep in mind, you MUST escape the trial as a Survivor to get the crown.

The crown plinths will randomly spawn in different areas of the map, and if not found will despawn and appear somewhere else, so if you cannot find one, just keep looking. There is also a reason to recheck places you have already been, as the crown might just have respawned.

When you get a crown, it will only be available on the character that you got the crown on, so you’ll need to get it on each character at least once if you hope to get a full set. While we have not been able to check just yet, we also assume that you cannot get the crowns on licensed characters, just like last year, so it will be Dead by Daylight original characters only.