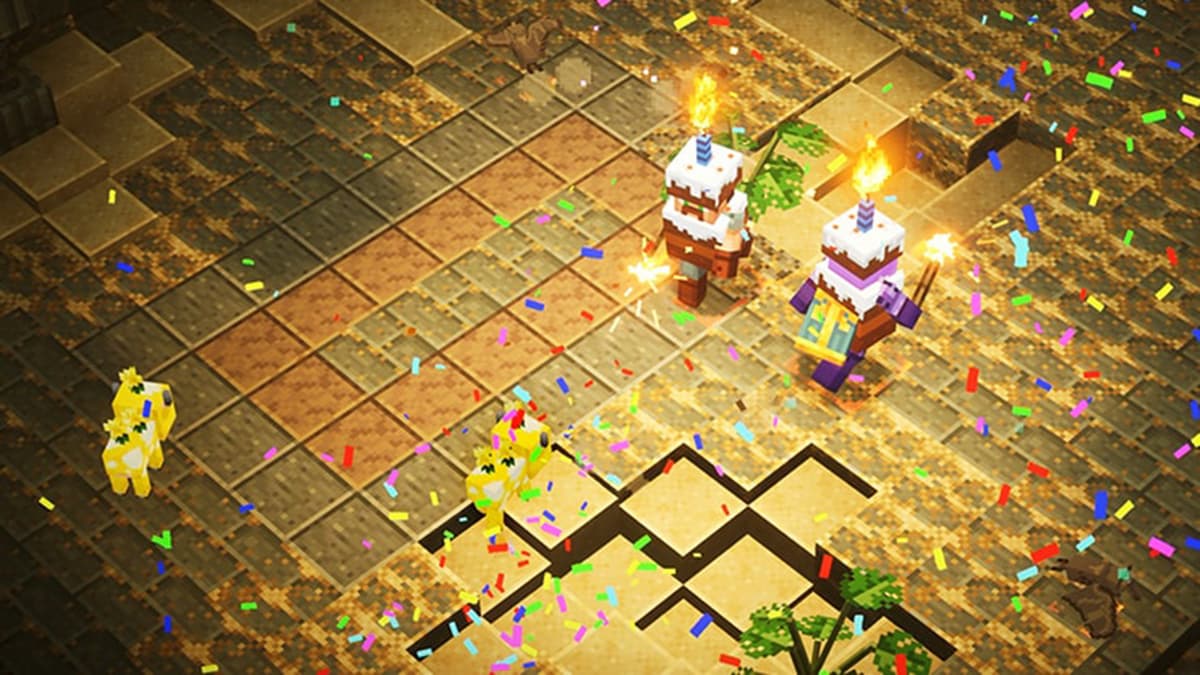 Minecraft Dungeons has proven that it is not afraid to stand out from its massively successful older brother game, Minecraft. Aside from being completely different in gameplay, Minecraft Dungeons has worked in various new mobs, either friendly or hostile, that have never appeared in the original game. During the game’s second anniversary event, a new animal companion is introduced called the Baby MooBloom. Here is how you can get it.

Related: How to get the 2nd Anniversary Cape in Minecraft Dungeons

How to get a Baby MooBloom in Minecraft Dungeons

The Baby MooBloom can only be acquired by completing the Tower challenge during the Minecraft Dungeons Second Anniversary event. You can find the tower to the northwest in the Camp. The challenge consists of getting through 22 floors within three lives. You will not have your usual loadout during this time, instead earning weapons, armor, and artifacts after completing each floor. As you progress, the enemies get tougher, so playing with a friend or two is recommended.

The Minecraft Dungeons Anniversary event takes place between May 25 and June 15, so there is a chance that the Baby Moobloom could only be obtainable during this time period, but we will update this post if they are a permanent addition to the game.

Pets and companions in Minecraft Dungeons behave a little differently than in some other games. For starters, they are not always by your side. You can summon them by using their Artifact to follow you into battle, where they will aid you by attacking hostile mobs and occasionally have secondary boosts that they provide to you or your teammates.

While the MooBloom has never appeared in Minecraft, it made its debut in Minecraft Earth, the now-canceled mobile AR title that had you building structures in the real world using your phone. They are yellow with buttercups sprouting out of their backs.