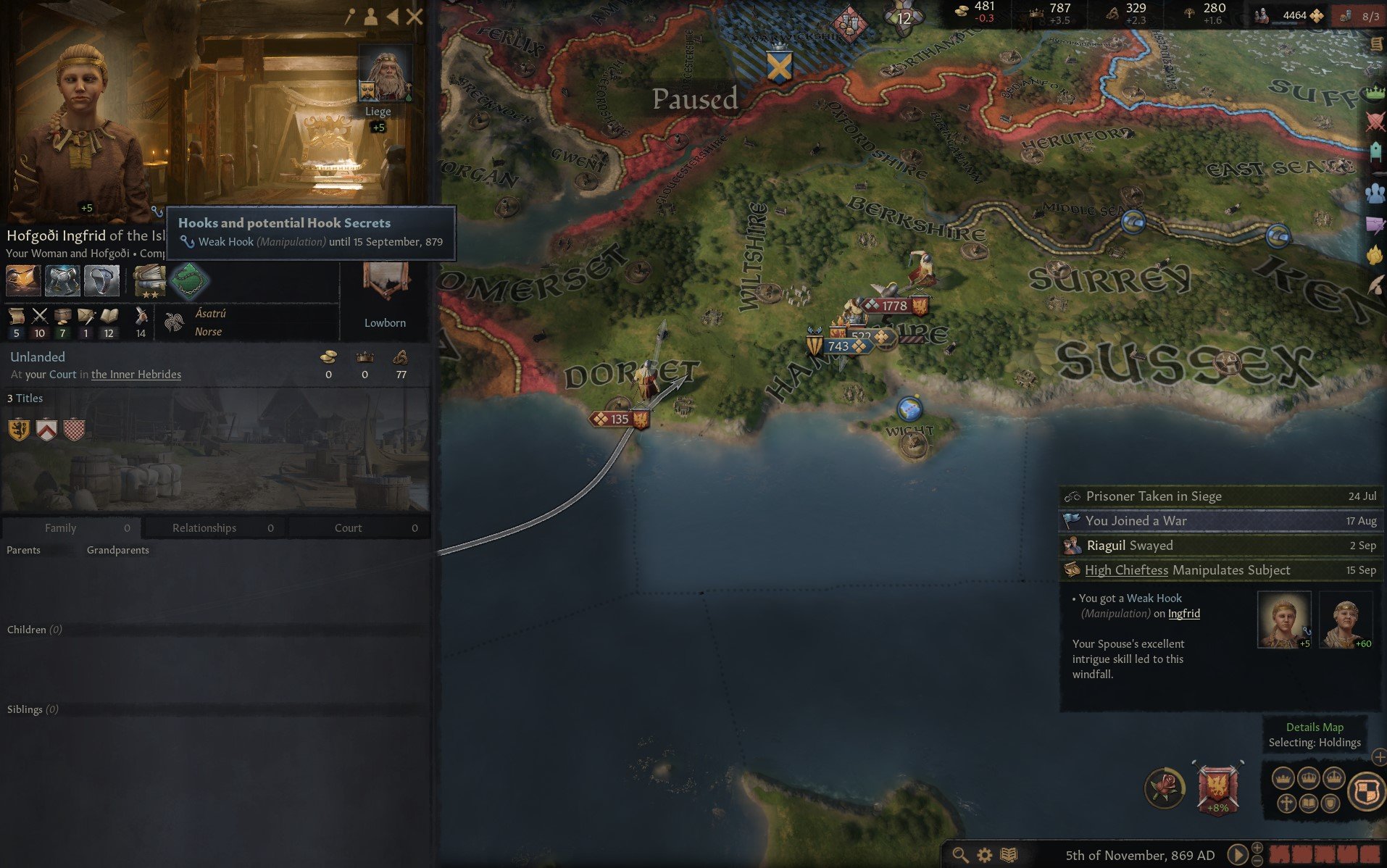 In Crusader Kings 3, not everyone wants to see your ruler’s point of view or is willing to help you out with your political agenda. Because some of these individuals are your vassals, you cannot force them to see your perspective. That turns you into a tyrant, and no one will follow you if you harm them or make their lives miserable. However, to encourage them, you can use a weak hook.

A weak hook can be a small secret or a favor someone owes your ruler when you do something for them. For example, after capturing a vassal who your ruler imprisons after catching commit a crime, there’s an option to free them by having them owe you a favor. Alternatively, your ruler could release them for a ransom, but a weak hook might come into play more than currency would.

You can choose to use that weak hook in a variety of ways. The person you have that hook on might have a vote in an election that your heir needs to win to gain your title or kingdom. When using the weak hook, you force them to make the same vote as you for a specific time. You can also use it to force them to convert to your faith, give up a title, force them to join your court, imprison them, or join a scheme you want to complete. These are extremely useful to obtain.

Imprisoning someone and giving them freedom is not the only way to gain a weak hook. Some random encounters occur with other rulers that may allow you to acquire one, such as at feasts or by working with them to pursue their agendas. A weak hook does not last forever. It does expire, and once you use it, you have to gain another one against that individual. They do not refresh or come back.

Your ruler can also have weak hooks placed on them by others. Make sure not to corner yourself politically to owe someone a favor. You likely won’t like what they ask from you.