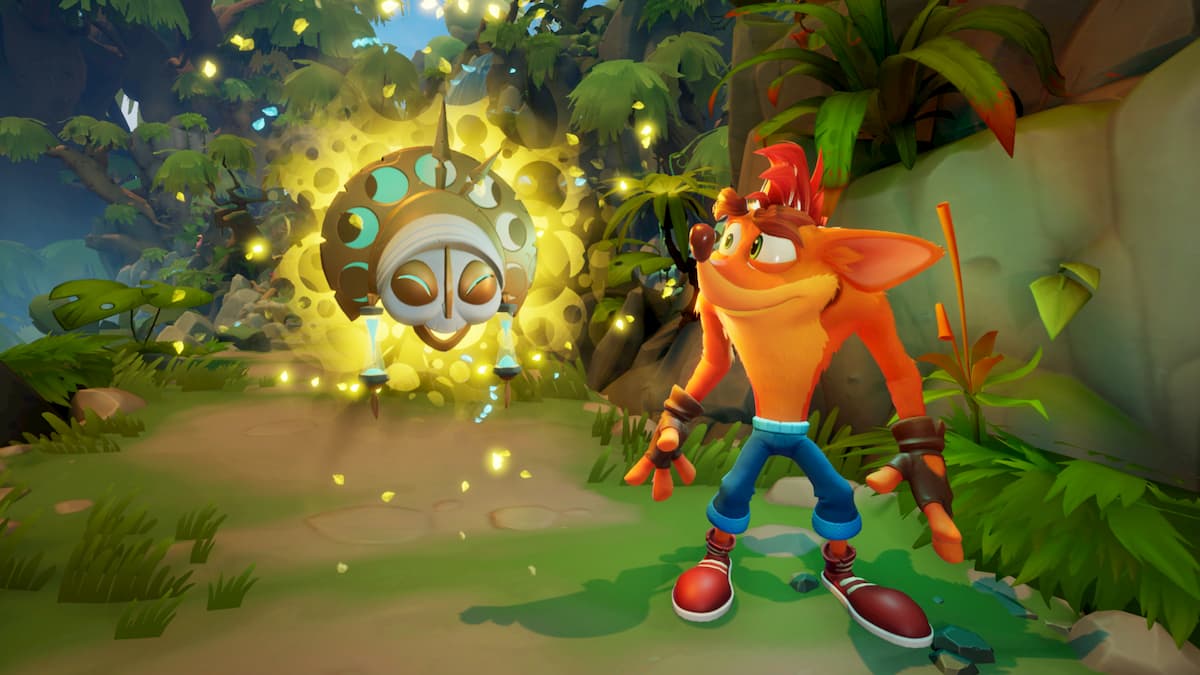 Flashback Tapes in Crash Bandicoot 4: It’s About Time allow you to unlock additional levels that you can play through. Flashback tapes can be found throughout the game and will unlock new levels for you to play. The catch is that you need to reach the tape without dying to be able to pick it up.

As every level doesn’t contain a Flashback Tape, and there are 21 of them in total, we thought it would be helpful to have a list of which levels have tapes, so you can be extra careful in them and know exactly when you cannot die if you want to find one.

The good news is that the tapes are not hard to get, and even if you do die you should be able to see where the tape is quite clearly, you just won’t be able to pick them up until you replay the level and get to that point without dying.

To play the Flashback Level, you can go to the little screen on the level map, shown in the image above. This will give you a list of all the Flashback Tapes you have collected, and will allow you to play through those levels if you wish.