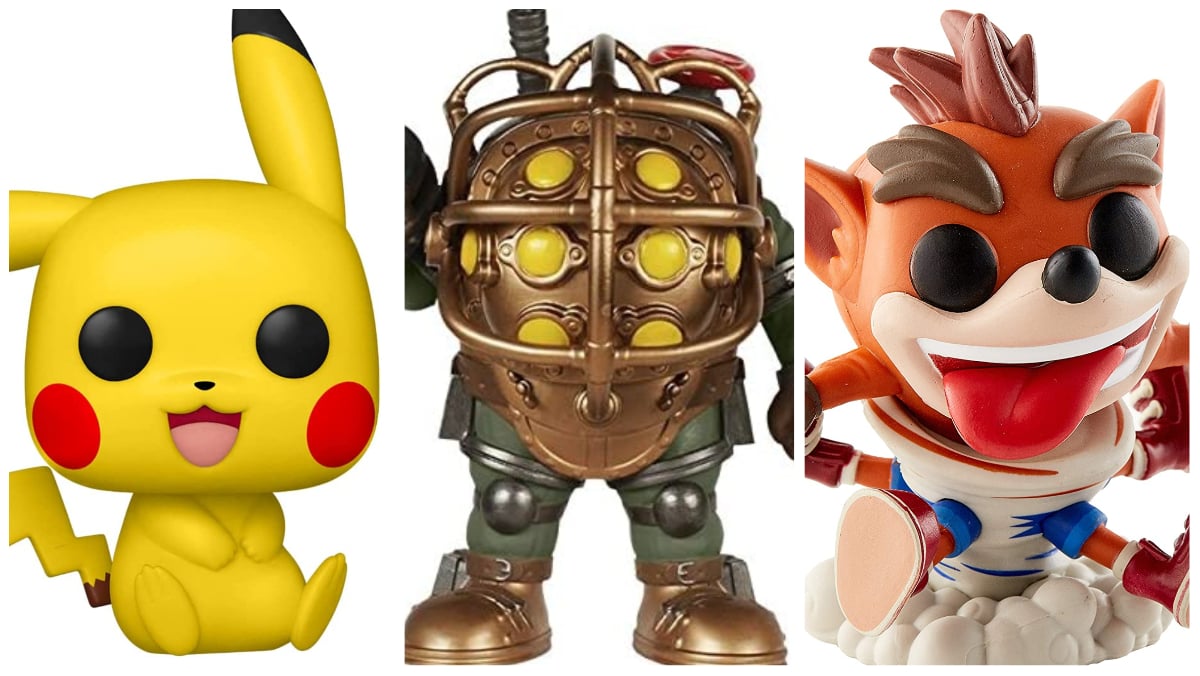 While many scoffs at Funko’s large heads and tiny bodies, the affordability of the toys have made them extremely popular, especially among those with low income. Not many of us can afford a high-quality statue of our favorite fictional characters, but because of Funko Inc., we can get our own little figure of our beloved character that we can have on our desks at work. Funko Pops have allowed people to show off their nerdy pride without breaking the bank.

In case you haven’t noticed, there are a lot of Funko Pops based on popular video game franchises. The quality of the video game Funko Pops often ranges from line-up to line-up, but there are plenty of amazing figures from the Funko Pop line-up based on our favorite video game characters. If you are looking for a last-minute, inexpensive gift to give someone this holiday season, a Funko Pop wouldn’t be a bad choice. If you need help choosing, look no further than below to decide which video game Funko Pops is the best.

The Spartan Grenadier Funko Pop is very well-detailed for a small figure and is the nicest looking of the recent wave of Halo figures released by Funko Inc. Most of the recent Halo Funko Pops are generally well-designed, yet for our money, the Grenadier is the coolest one.

The biggest criticism against Funko Pops is that they all have the same body structure, large heads, and empty black eyes. The Crash Funko Pops takes advantage of the Pops’ unique aesthetic, crafting a figure with a different body shape that perfectly captures the bandicoot’s iconic features. While the Crash Funko Pop still has the large head that the toys are well-known for, the thinner body and fur make it stand out.

There is not a lot of merchandise on the characters from League of Legends, which is why it was surprising when Riot Games partnered up with Funko Inc. to release some figures based on their most popular characters. There’s a figure based on Jinx, Ashe, and Vi, but the coolest one is the Thresh. The Thresh Funko Pop has a good-looking green plastic that makes the toy shine.

Nintendo and The Pokémon Company are very picky with what companies can produce Pokémon products, which is why it’s so exciting that The Pokémon Company allowed Funko Inc. to create Pops on Pokémon. Most Pokémon Funko Pops are simple and plain, yet, just like in the games, you can’t help but want to collect them all. They’re pleasant little collectibles you can gather at reasonable prices throughout stores.

The Big Daddy Funko Pop was one of the earliest Funkos that showed the potential of the toy line-up. The early Funko Pops were plain and crude, but Funko Inc. began adding more and more details to the toys and upscaling them. The Big Daddy is from BioShock and is one of the most recognizable video game enemies ever. When it was time for Funko Inc. to create a new Pop based on Big Daddy, the company went all out. The Big Daddy Funko Pop is huge, looks great, and matches how it appears in the games. The only downside is that the Pop has been long out of print and is worth a lot now in the second-hand market.