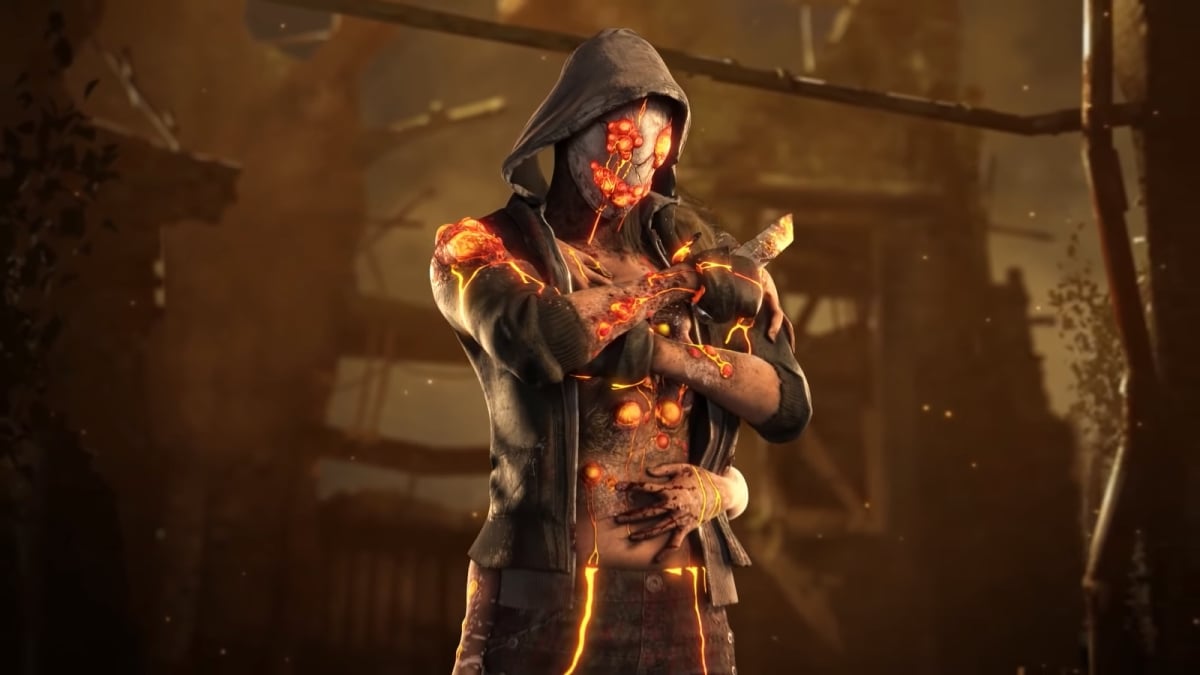 The Eternal Blight event is on in Dead by Daylight, and like previous Halloween events it brings a number of changes to the game that go beyond just the spooky decor. Between now and November 4, players can unlock a number of rewards, including limited time cosmetics, extra Bloodpoints, and unlockable content. Here is everything you need to know to collect every reward from the Dead by Daylight Eternal Blight Halloween event.

The current Dead by Daylight archive, Tome V: Unleashed, is getting new challenges, some of which will require players to interact with the Pustule Flowers scattered around the Trial grounds. Completing challenges will gift players with the usual rewards, including Bloodpoints and access to the 2019 cinematic The Hallowed Catalyst. It’s nothing fancy, just a nice, thick slice of spooky Dead by Daylight lore for the players who are here for the story.

There are four Halloween charms in total, which can be unlocked for free.

During the Halloween Event, Dead by Daylight will feature limited cosmetics from the Hallowed Catalyst, Hallowed Blight, and brand new Hallowed Curse collections. There is no trick to getting these treats: if you want them, you have to grab them from the in-game store. On the plus side, a number of these cosmetics are selling at a discount during the event.

As in last year’s Dead by Daylight Halloween event, during the Eternal Blight event certain hooks and generators will be specially decorated for the occasions. Interacting with them during a normal Trial will reward additional Bloodpoints.

Finally, the Blighted Serum is a universal add-on that grants Killers who use it a burst of speed immediately after hooking a Survivor. This add-on is not limited to the Blight, and any Killer can unlock it through their own Bloodweb. It’s a great add-on, but don’t get hooked on it: it is only available during the Eternal Blight event.