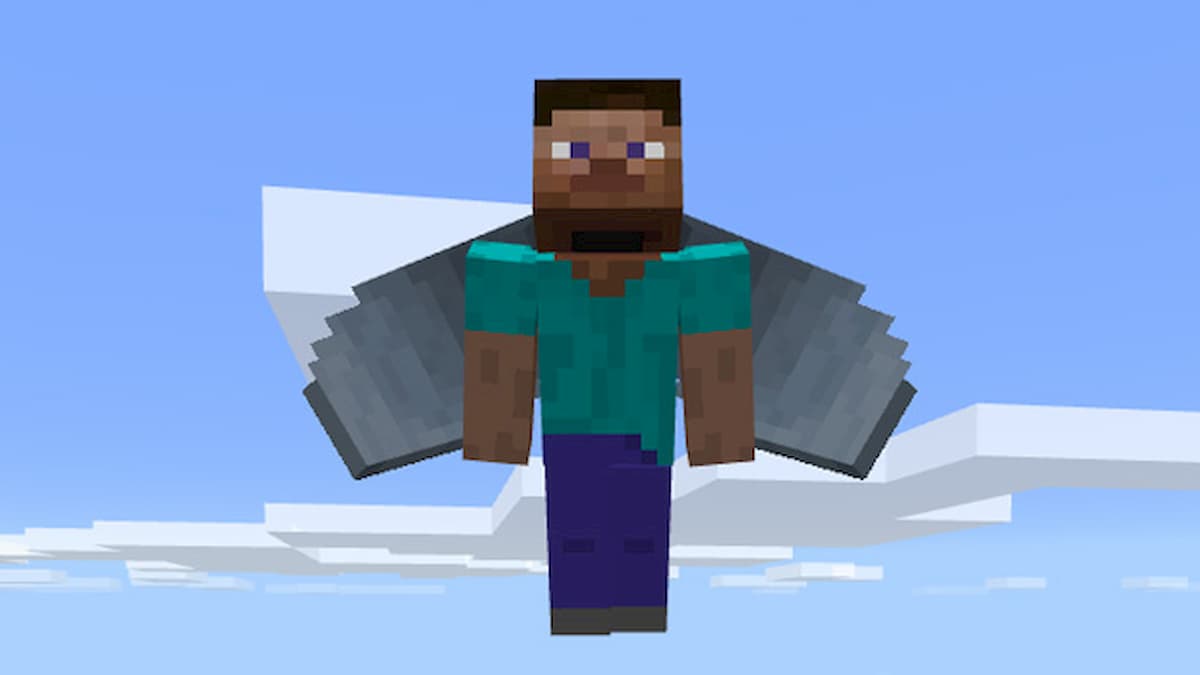 In Minecraft, Elytra is a pair of wings that allow a player to glide. They are classified as armor and take up a chest plate slot in-game. Elytra’s glide ratio is 10-1, meaning that players fall one block down every ten blocks moved forward. Elytra is the only item that grants the ability of flight in Survival mode — Here’s how to obtain an Elytra in Minecraft.

Elytra is located inside of an End Ship, located in End Cities, found in the Realm of End World. To get to End World, players will need to locate a super rare End Portal. End Portals are almost impossible to randomly stumble upon by chance because they spawn in randomly-generated Strongholds deep underground. However, the craftable item Eyes of Ender is the ticket for locating them.

First things first, you will need to have the Eye of Ender in your inventory — craftable by combining Blaze Powder and Ender Pearl. Be sure to have a bunch of Eye of Ender crafted for this mission. Once selected, right-click to throw it. Once tossed, it will travel in the direction of a Stronghold, and then soon after will fall, so you’ll have to throw another one, and then another one, and so on; All in an effort of heading towards the direction of a Stronghold. Continue until you arrive at your destination. Typically, the Stronghold will be underground, so you’ll have to dig your way down to it once the Eye of Ender takes you to the location of interest.

Now that you’re inside of a Stronghold, begin searching until you find a portal. Once found, pull out the Eye of Ender again and insert them into the Portal’s outer rings slots. There are twelve of them. This will activate the Portal — step inside to teleport to the Realm of The End. Next, a long purple health bar will appear on the top of the screen, which indicates the Ender Dragon’s presence — find and defeat the dragon. Once defeated, an End Gateway will appear, granting access to the End City.

The End Ship is found floating somewhere next to the End City. There is a chance the Elytra can spawn inside of the city, but it always spawns inside of the End Ship, within the hull of the ship. The Elytra wings are sitting inside of an item frame, guarded by a single enemy Shulker. Defeat the Shulker, and your new wings are all for the taking.