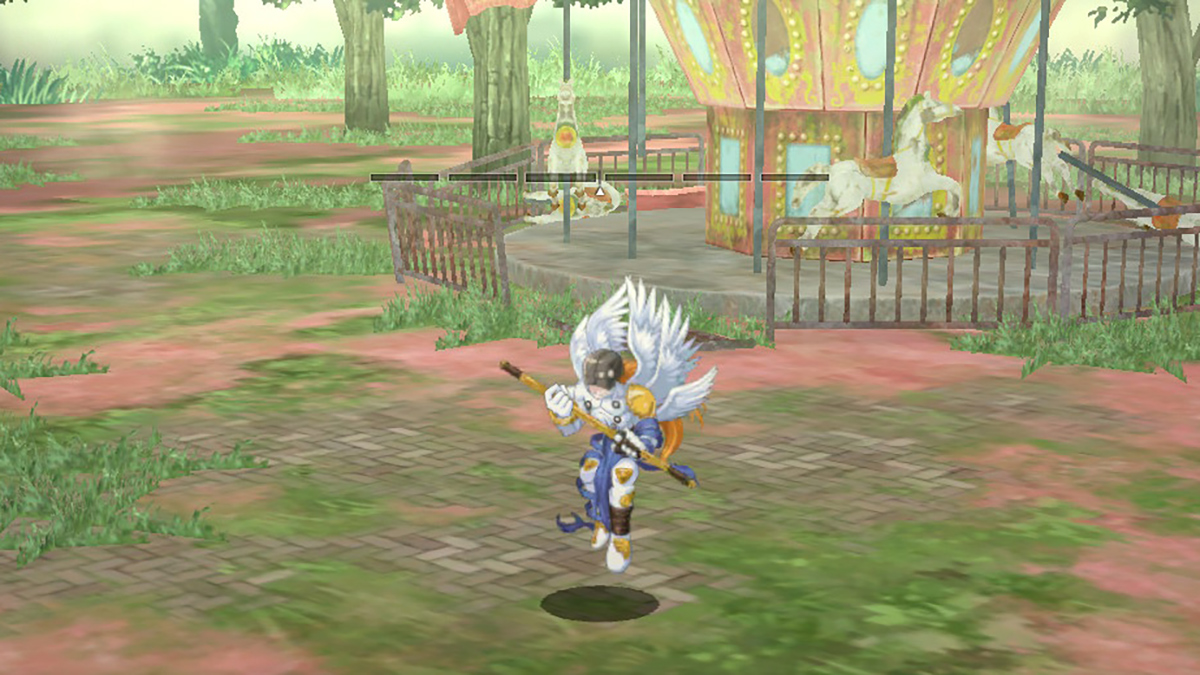 Angemon is one of the most majestic and iconic Digimon of all time. It was featured in the first TV series and has been a core part of the Digimon franchise since. This guide explains how to get Angemon for your party in Digimon Survive, so you can take this winged warrior into every battle.

Like most Digimon in the game, you can befriend Angemon in free battles. The first time we encountered an Angemon was at the amusement park in Part 4, and we don’t believe it’s possible to see one before then. As soon as you see the free battle has an Angemon in it, jump into that battle and use the answers to all the Digimon’s questions as outlined below to have the best chance of befriending one.

Answer all three of Angemon’s questions with the best answer, and you’ll have the highest chance of recruiting it. Of course, the Digimon can still refuse and disappear, but this is the only way to give it your best shot. However, there’s one other way to get Angemon to join your party.

How to evolve Patamon into Angemon

If you’re having trouble convincing Angemon to join your party, try to recruit a Patamon instead. Then, you can use Enlightenment Slabs to evolve Patamon into Angemon. This is the central route for Patamon’s evolutions, but you’ll need to spend some time evening out your Harmony to ensure this option is available to you.