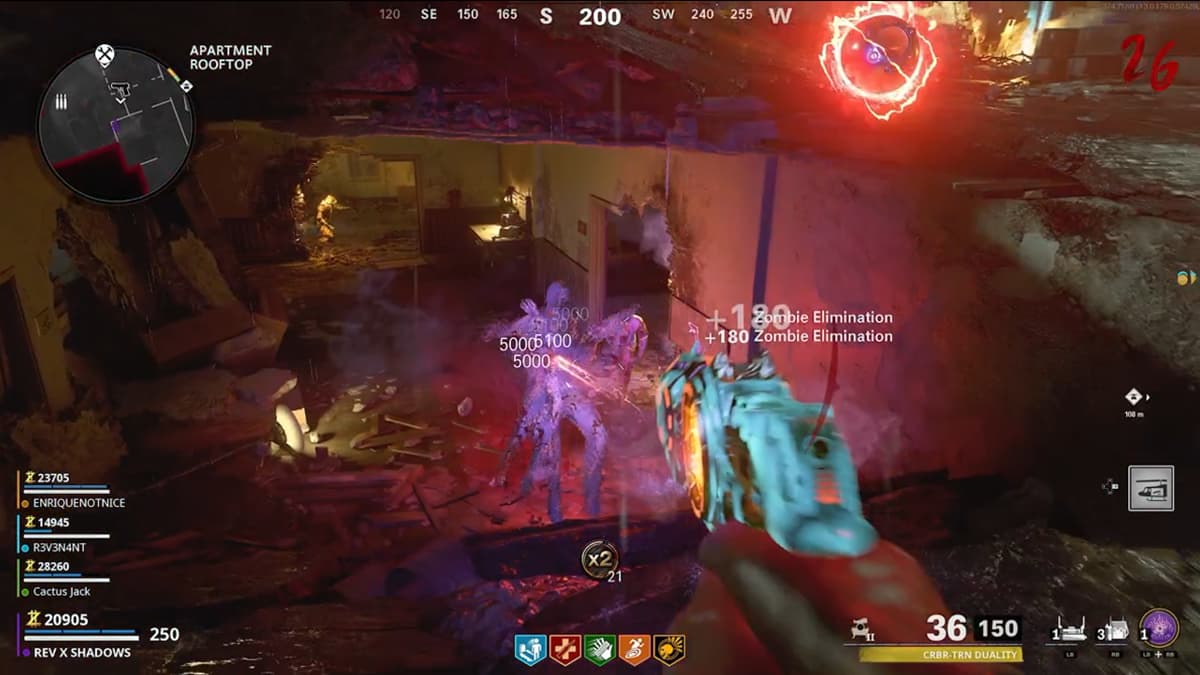 The CRBR-S is the wonder weapon introduced alongside the release of Mauer Der Toten. This weapon lives up to the wonder weapon tradition of being odd when compared to the standard weaponry you see in Call of Duty games, and has some fun effects, including giving you a levitating orb that doubles your damage output. As a bonus, the gun even talks to you. That all being said, you can even change up the gun very regularly via mods on the map. Here is how to get mods for the CRBR-S in Mauer Der Toten in Call of Duty: Black Ops Cold War Zombies.

Getting mods for the CRBR-S is about as simple as it gets in Call of Duty Zombies. All you need to do is get kills with the gun and the mods will randomly drop on the ground. It is much more straightforward than say the D.I.E. Shockwave on Die Maschine. You will easily be able to tell them apart from other drops in the game because of the blue glow and yellow “ultra” category they have.

There are three mods that you can pick up for the CRBR-S. All of them will have their own ammo pools, and once they are gone, you will go back to the base form of the CRBR-S. If you Pack-a-Punch the CRBR-S, the mods will automatically be upgraded as well when you pick them up.

The Blazer Mod is an assault rifle that will shoot out a consistent stream of energy that puts all damage into the first thing it hits. It does not travel through enemies, so keep it held down for hordes.

The Diffuser Mod will make the CRBR-S a shotgun that splits its damage into five pellets. The projectiles blast in different directions and are good for hitting spread-out enemies.

The Swarm Mod makes the gun turn into a bit of a magnum/mini-rocket launcher hybrid. Firing with this will launch out mini rockets that will swirl around and explode on contact. Aiming down the sights with this mod will create a lock-on for the rockets.

All three mods are as powerful as the base form of the CRBR-S. Which one is best will likely come down to preference and how you use them.