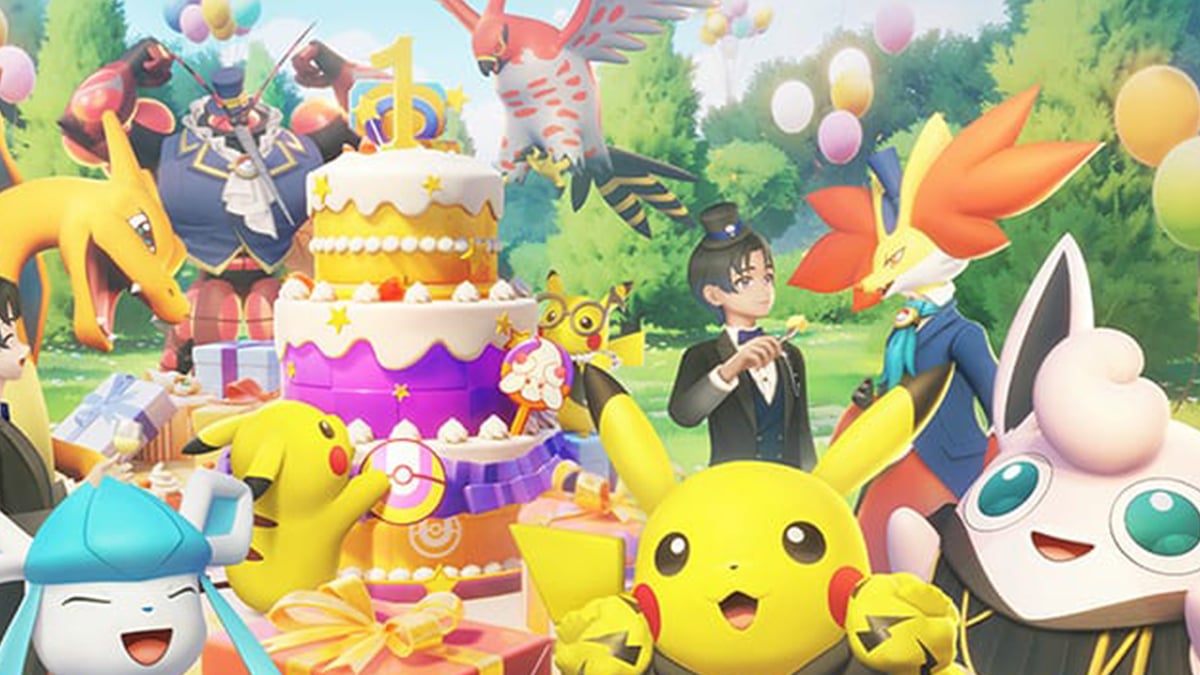 It’s been one year since Pokémon Unite brought pocket monster MOBA action to Nintendo Switch and mobile devices. To celebrate, the game is offering a bunch of freebies and special events. Read on for all the important details of Pokémon Unite’s anniversary event.

A “license” is Pokémon Unite’s fancy way of saying “you unlocked this character,” and you can add five of them to your lineup simply by logging in during the anniversary event. Log in for five days between July 21 at 3 PM ET / noon PT and October 12 at 7:59 PM ET / 4:59 PM PT, and you’ll receive the Pokémon listed below. Each one also comes with an alternate costume, aka Holowear style. It’s that simple. You don’t even have to log in five days in a row — just any five over the course of the next few months.

Along with all those bonuses come totally new Pokémon. There are six new ones being added to the game, but only three have been revealed so far: Glaceon, Buzzwole, and Tyranitar. Glaceon will get its own event, running from July 21 to August 14, and if you complete those missions, you’ll unlock it for yourself. Buzzwole joins the game on August 3; Tyranitar arrives on August 15.

In addition to new and free Pokémon, the game is also adding a limited-time Boss Rush mode. As the name implies, you’ll team up with other players to take on power-up Pokémon bosses, and beating them means big rewards. Boss Rush will be available at specific times, listed below.

As the Unite website says, this anniversary “wouldn’t be much of a celebration without cake.” As such, the Anniversary Cake Challenge will run from July 21 at 3 PM ET / noon PT to September 1 at 7:59 ET / 4:59 PM PT. The event involves special matches in which you’ll collect frosting on the battlefield and slowly build a cake for your team. The Cake Challenge includes its own set of rewards, of course.