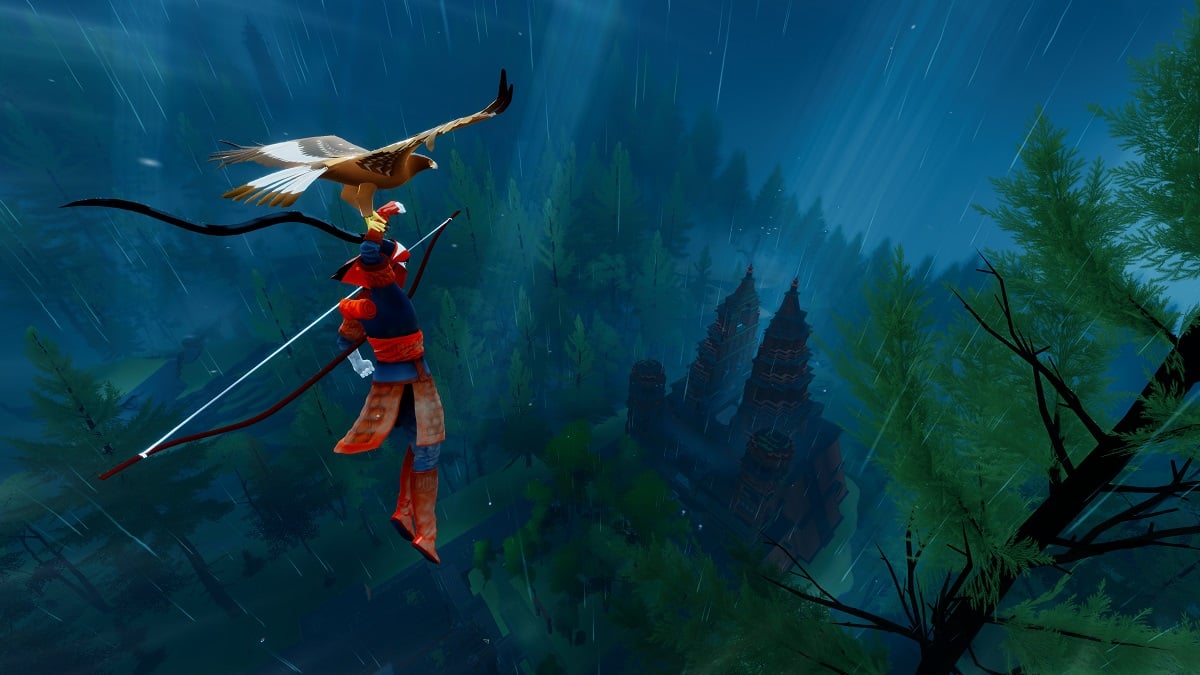 Using your falcon effectively in The Pathless is a key gameplay mechanic. It is the best way to explore the game’s world apart from dashing and jumping, but to get to the highest areas, you will need to use your falcon flap energy.

You can double-tap the cross button on your PlayStation 4 or PS5 controller to jump up and grab onto your falcon’s talons. If you press cross again, your falcon will carry you to a certain height in the air. This gives you access to out of reach areas or enables you to glide for a short time to get around the map quicker.

Each flap costs one falcon flap energy. These can be viewed at the top of the screen when you are being held by your falcon. You won’t have any falcon flap energy to begin with, and you will need to gather resources to acquire more.

There are two ways to get more falcon flap energy. The first way is to collect yellow flap energy crystals. These are scattered across the map in various locations. Some can be found out in the open, so you only need to platform your way up to grab them. However, others can only be attained by completing puzzles. These include firing arrows through torches, with a particular trajectory, light other torches, or bigger puzzles requiring you to command your falcon to move weights around different pressure plates.

Each time you complete a puzzle, you will be rewarded with a set amount of crystals. The more challenging puzzles will gift you more crystals than easier ones, and these crystals will slowly fill up a yellow meter that appears at the bottom of the screen. Once the meter is full, you will earn an additional falcon flap, which lets you press cross two or more times to climb even higher.