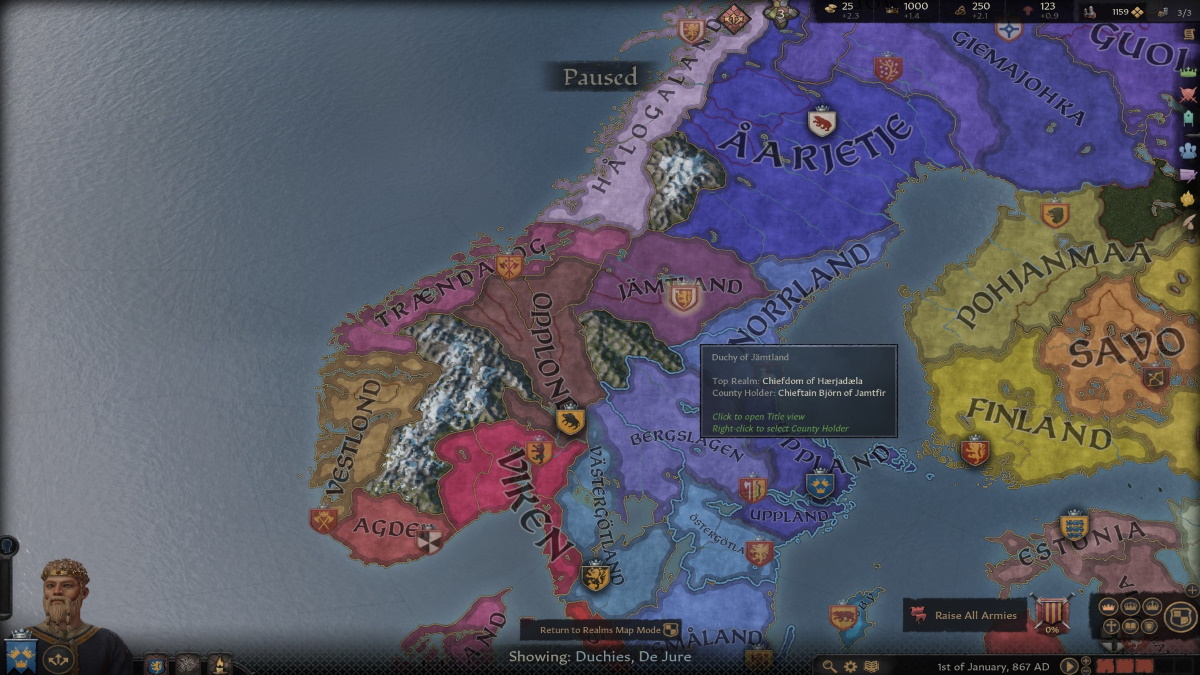 Vassals are a vital way to control your empire in Crusader Kings 3 without micromanaging every little detail. Some of the titles that are under rule don’t require your direct attention. It’s sometimes better to offer it to a loyal official. Once you split your kingdom into enough sections that allow you to remain the primary ruler, how do you expand your empire and claim more territories?

Before going into detail about expanding your empire, it’s important to cover how to appoint vassals to watch over your territory. Go over to the realm tab, the green crown on the upper right portion of the screen, open it to view your kingdom, and then hit the domain page. It contains a list of all the domains your character has under their name. If your domain limit is too great, offer up these locations to your vassals. You want to make sure you don’t give too many to one vassal, so they don’t become an independent character and instead remain under your rule. Double-check what domains are under the same De Jure to create a new title, which is given to your ruler, and you can pass on to your heir once your primary character dies.

Now, to add more vassals to your empire, you have the choice to use an aggressive expansion strategy or to use a more friendly approach. Both are viable options. The aggressive approach requires you to go out of your way to invite you and use your Councillor to fabricate claims on your behalf. It can take quite a bit of time for them to use this method, and they might be able to only expand on a territory, one at a time. To increase this method, you can use the decision to invite Claimants to your court. It costs 350 prestige to increase the chance of prestigious guests to enter your court. Still, the chances of someone having claims to a powerful nearby De Jure is more likely, potentially giving your kingdom more territory.

The alternative is to be friends with the nearby vassals. Most of the time, your territory and kingdom will be significantly larger than your neighbors. You can use this opportunity to sway them to you, increasing their overall opinion. For those who have a ruler with the Diplomacy lifestyle can befriend another character, improving their relationship. If you have a powerful enough army and are good enough friends with a nearby vassal, they may offer themselves to you, or you can see in the predictions what would happen if you offered to make them your vassal. When they agree to it, they join your empire, expanding your region.

Both of these methods are viable, and it’s useful to keep your options open. It all depends on your ruler. For example, a ruler with the Intrigue lifestyle could find enough hooks on a potential vassal to force them to join their kingdom. There are multiple options, and with no shortage of territories in Crusader Kings 3, there are always vassals who can join your cause.