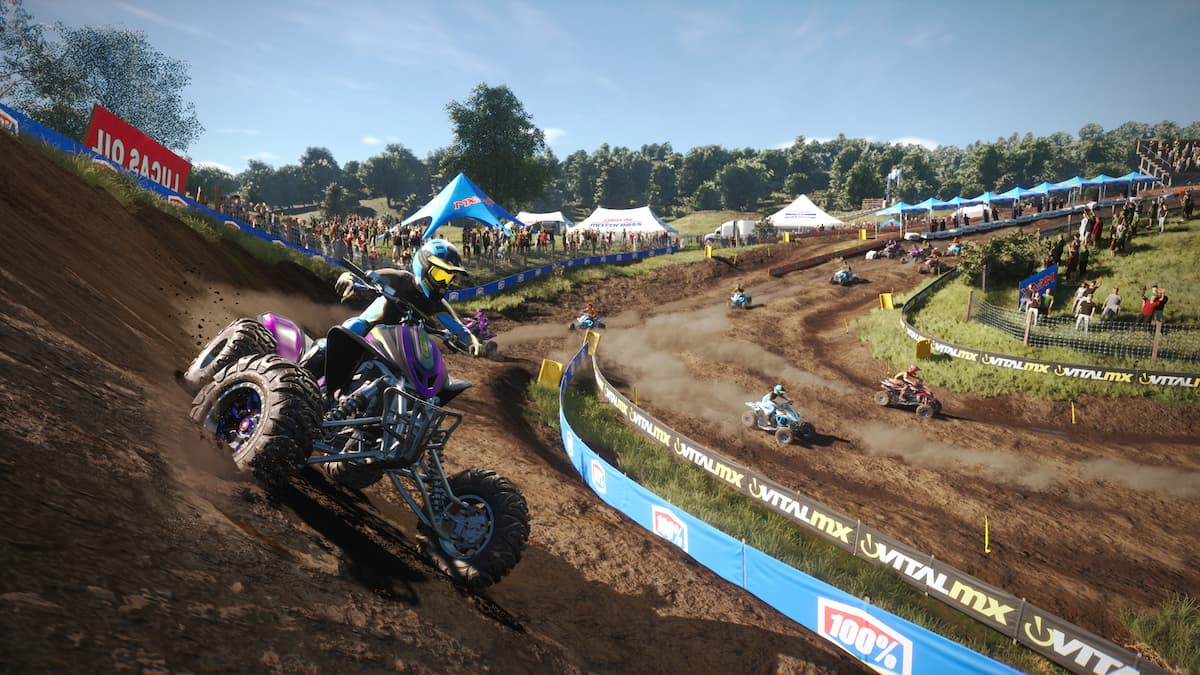 There are a lot of moving parts that need to be accounted for when riding in MX vs. ATV Legends. Not only do players need to land correctly after a jump, but racers need to know how to handle the weight, lean on turns, and know the controls for getting the maximum amount of height. In addition, good starts are important, as those can lead to better things later in a race. So, how exactly can you get off to a good start? Let’s take a look.

How to get off to good starts in MX vs. ATV Legends

A good piece on how to get off to the ideal start is to use a two-button combo to get the vehicle going and ensure that it can get to racing speed quickly. First, hold the left bumper on the controller, either LB (for Xbox) or L1 (for PlayStation). This is the button that controls the clutch.

Then, press and hold the right trigger, RT (for Xbox) or R2 (PlayStation), until the starting gates go down and the race begins. Once that is done, let go off the clutch quickly and rev up with the right trigger. This should get the bike up to racing speed quickly and efficiently.

Getting off to good starts in MX vs. ATV Legends, as one would expect, are important for a few reasons. One, it puts you in a strong position for the remainder of the race. Granted, doing so won’t assure a victory nor a top-three finish. Nonetheless, it helps quite a bit.

Second, good starts are vital to getting in front of the pack early. This can help immensely with trying to get a Holeshot, which can only be won during the early portion of the race.