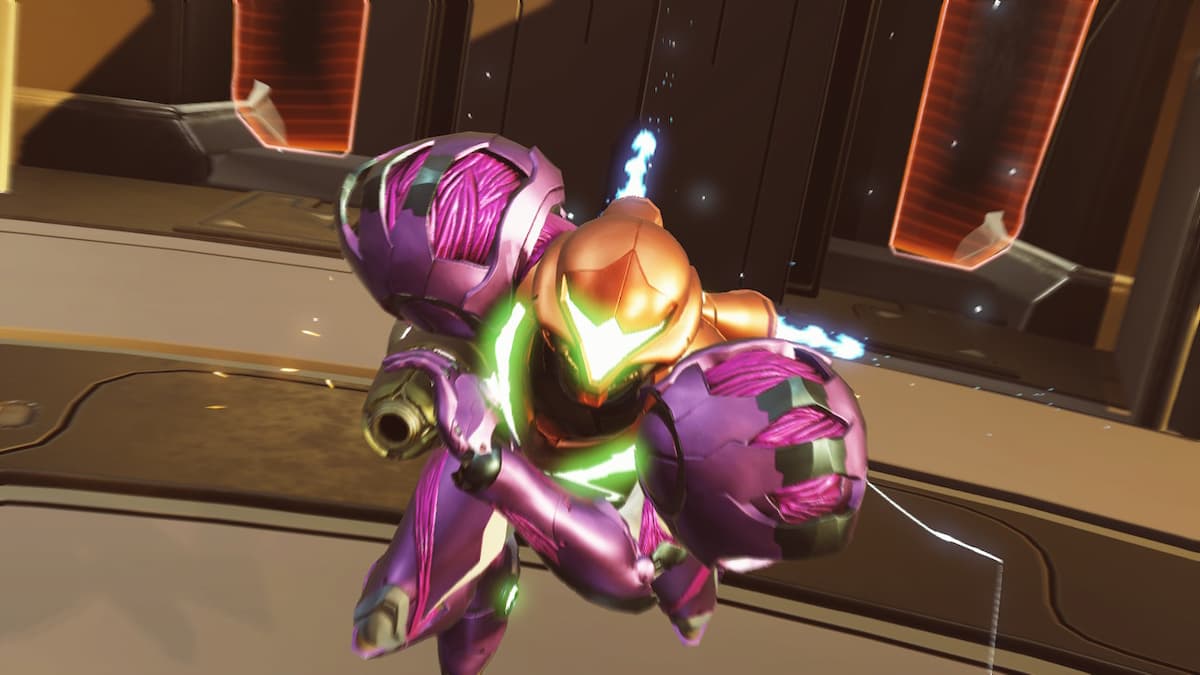 The EMMI aren’t the only obstacles standing in Samus’ way in Metroid Dread. She’ll have to traverse around lava, icy rooms, and even fans to get from the bottom of Planet ZDR to her ship. The power of wind may not seem like a worthy enemy for the bounty hunter, but it can be quite the challenge to get around. Here’s how to get past fans in Metroid Dread.

Bypassing fans is only possible by using the Speed Booster ability. You get the suit upgrade after defeating the yellow EMMI on Dairon. It allows Samus to dash at supersonic speed after running for a short time quickly. It can be a difficult ability to activate if you don’t have enough space to work with, but luckily you don’t need a lot of space when facing a fan. Click in the left thumbstick while running at a fan to ready the Speed Booster. Instead of being blown away by the wind, Samus will slowly run forward until you can jump above the fan.

Experiment No. Z-57 uses a strong wind attack while you fight them. You can use the Speed Booster ability to avoid being blown into the wall where you will take damage. It’s also one of the quickest ways to kill the boss.