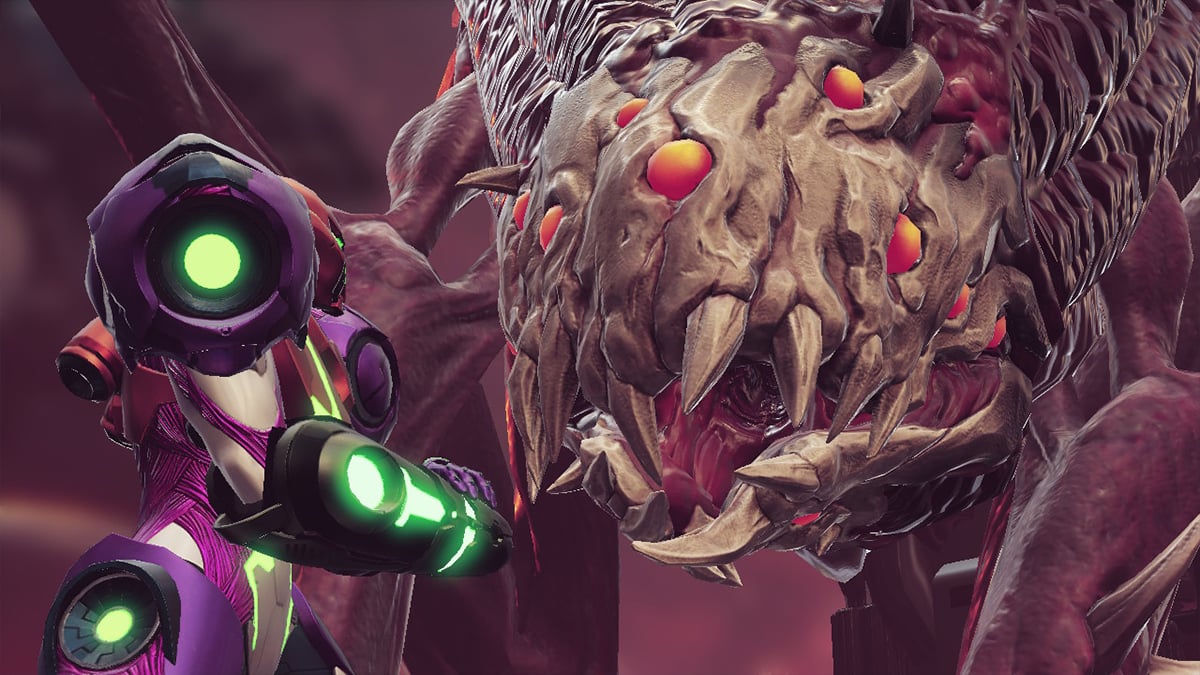 Metroid Dread’s bosses aren’t easy, and Experiment Z-57 can be a particular pain in the butt. Fortunately, there’s a way to take this mutant down much faster. Much like the Kraid Insta-Kill, you can also defeat Experiment Z-57 just as you enter the fight’s second phase. Speedrunners are going to love this shortcut.

The trick is difficult to pull off, so if you miss the window, be prepared to defeat Experiment No. Z-57 the normal way. No matter what, you’ll have to get through its first phase, so be on the lookout for three key attacks.

The first is a pink beam that traces along the ground, leaving behind damaging goop. To avoid it, move to either side, then jump to the safe spot between the goop before the second beam fires up. The Experiment can also swipe both of its claws at you; dodge by jumping above the slash to the opposite side of the screen. Finally, it may crawl into the foreground and fire the pink beam at the ceiling, tracing all the way down to the floor. Get in close to avoid it, and if you take no damage, you’ll get a chance to execute a melee counter and deliver a flurry of gunfire as Samus rides the monster.

The Experiment starts phase two by planting all four of its appendages along the walls and ceiling. Use Storm Missiles or charged shots to knock them all away and enter the second phase. As the Experiment fires the beam at the right-hand wall, a wind current will pick up — it’s just about time to pull off the special killing blow. Dodge the energy patterns that move left, and once you’ve hurdled the last one, activate your Speed Booster ability. When it’s charged, activate a Shinespark, hop into the air, and launch Samus directly at the Experiment’s head. If done correctly, it’ll crumple to the ground in defeat, and you won’t have to fight through its full second phase. It’s also possible to try this trick at any later point in the fight when the Experiment uses the wind tunnel attack again.

Many bosses in Metroid Dread reward Samus with new powers, but this isn’t one of them. Defeating Experiment Z-57 thaws out Artaria and opens the path to the classic Screw Attack. Plus, pulling off this special Shinespark call is its own kind of satisfying reward.