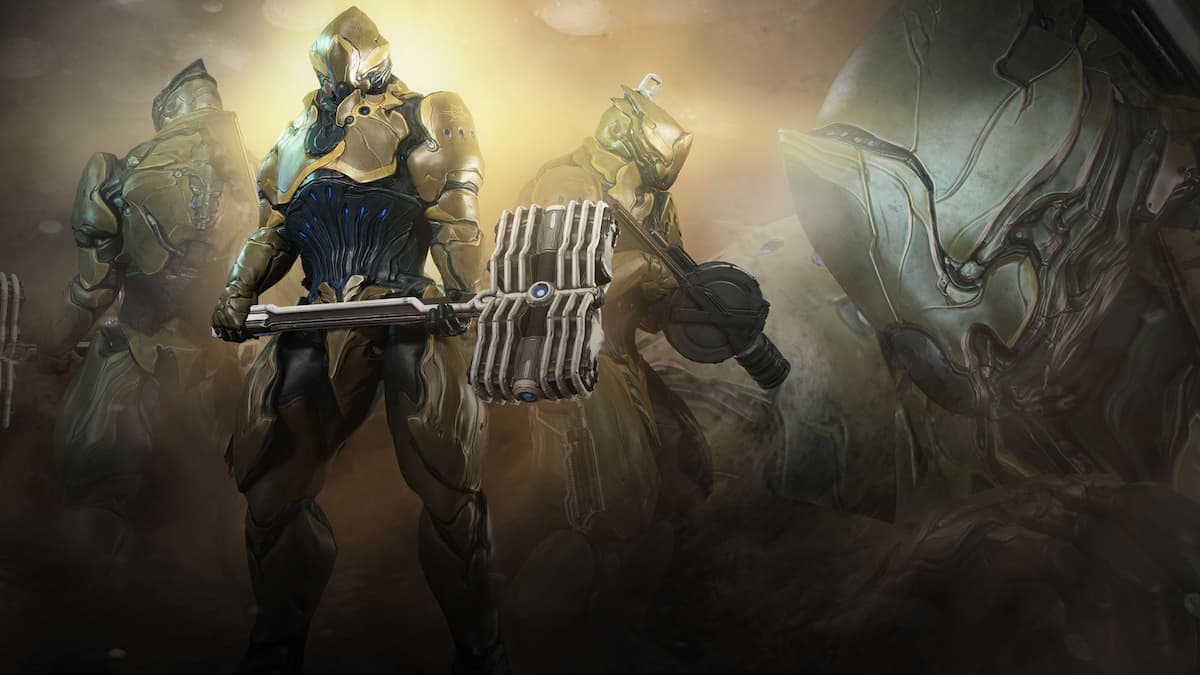 Rhino, the unstoppable, is a popular Warframe. He offers excellent survivability with his Iron Skin ability, crowd control with his Stomp, and can buff his allies to help them do more damage. He’s a tremendous all-around Warframe built to handle any content in the game. Rhino will never let you down.

To get Rhino, you will need to fight the Jackal on the Fossa node, Venus. The Jakal is the final boss on Venus and is the first Corpus boss. When fighting the Jackal, you need to avoid facing it head-on because it possesses impressive firepower capable of downing a Warframe with ease. Circle to either side of the mechanical beast, and take out a leg. This attack causes the Jackal to stumble, letting you damage it properly. Be warned; the legs do heal, so focus one down, and maintain fire on it until the Jackal falls over.

You need radiation damage and accuracy-based weapons for this fight. You will also need to take out the smaller enemies that spawn during this fight, especially the Osprey’s, which will lay mines. Like all boss fights in Warframe, you will need to practice it, and soon, you will be quickly taking down the Jackal.

You need to grind this fight until you get the three component blueprints. The Chassis and Neuroptics have a 38 percent chance to drop, while the Systems blueprint has a 22 percent chance. You can purchase the main Rhino blueprint from the Market for 35,000 credits.

Once you have all the blueprints, you can build Rhino in your Foundry using the following resources:

Each component has a 12-hour build time, and they can build them at the same time. Once constructed, you can use them in conjunction with the primary Rhino blueprint to create the Warframe. Rhino has a three-day build time. You can bypass all build times by using Warframe’s premium currency, Platinum.