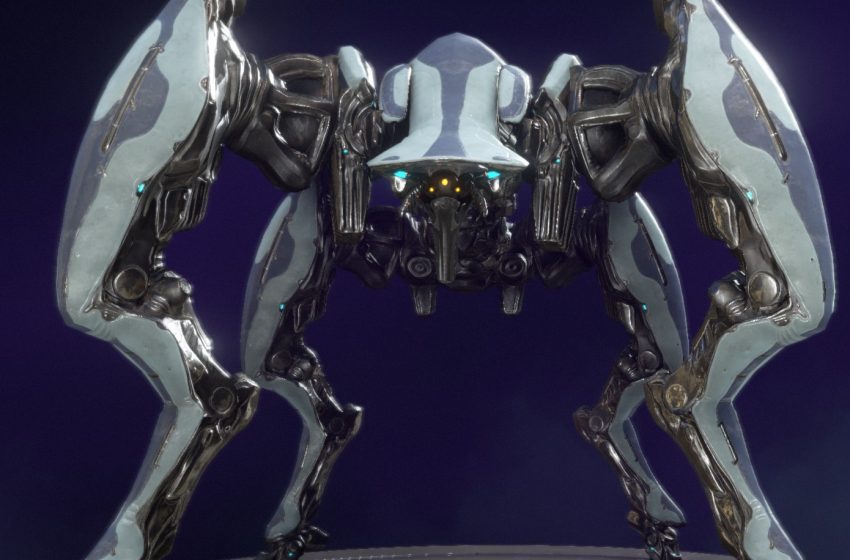 How to Fight The Jackal

The trick to fighting the Jackal, especially as a boss fight in a Sortie mission, is to stay behind cover. If this proves difficult, there are four pillars in the arena that the battle takes place in that will provide good cover from the Gattling Gun that the Jackal uses early in the fight. The only issue here is that the Jackal will, after taking enough damage to one of its legs, levitate, and perform a sweeping laser attack. You will need to run to stay ahead of the lasers, and they will also destroy the pillars, giving you nothing to hide behind.

You will need to keep consistent damage on one of the Jackal’s legs so that you can knock it over, after this, it will levitate and sweep the room with lasers, then fall to the floor and attempt to repair itself. When it drops down, run in and stab it with your Parazon using the prompted button to interrupt the repair process.

After the first cycle, the fight will switch rooms to a new area contain fresh pillars, but these will once again be destroyed. Cycle through the legs, reducing them to zero health and making the Jackal levitate, then run in and stab it with the Parazon each time it drops to the floor. It is vital to keep the sustained fire on the legs, as they will regenerate health when they stop taking damage.

The Jackal will mostly attack with the Gatling Guns and a stomp attack which causes a wide shockwave to travel outwards from the point of impact. It will knock you back quite a distance, but you can jump over it to avoid this. The Jackal can also throw some electrical grenades at you, but these are easy to avoid. In the later rounds, it will also attack with homing missiles, although you can dodge these with some quick jumps.

If you get too close to the Jackal, it will do a multiple stomp attack that does considerable damage. Each one will cause a shockwave, so escaping can be quite difficult. If you are not playing a tanky Warframe, it is a good idea to keep as much distance between you and the Jackal as possible.

In the last three stages of the fight, you will also need to dodge arcing electrical damage that will web around the room, but once again this is pretty easy to avoid.