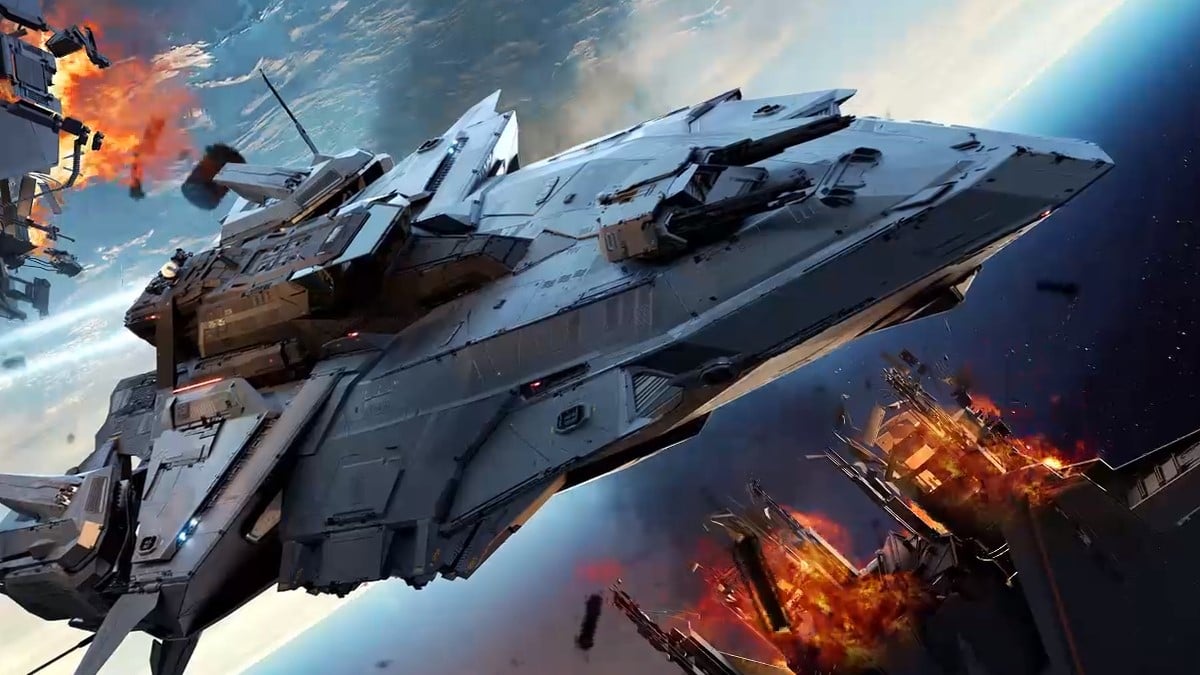 As players explore the universe of Star Citizen, crimes are bound to occur. Whether it’s the errant killing of an innocent or outright theft, these actions will result in a mechanic known as Crimestat, effectively causing an intergalactic bounty to be placed on the offending player’s head. Precisely how to get rid of this bounty, however, isn’t made immediately clear.

Just as there are multiple ways to gain Crimestat, there are also several ways to remove it. Citizens with a bounty can pay off the fine (presuming the Crimestat is low enough), serve the necessary sentence, or even try hacking the controlling satellites and databases to outright remove the Crimestat.

How to remove Crimestat via fines in Star Citizen

Crimestat in Star Citizen works in tiers, with additional (or particularly heinous) crimes resulting in an increasing stat. If players have a Crimestat 1 or 2, simply approach a bounty terminal on a station to pay the fee.

This results in the Crimestat being completely removed from the player with minimal impact, as long as the player can afford the fine. If players are above Crimestat 2, however, this is no longer an effective means of removing the penalty. In that case, there are two other options available for players.

Related: How to fix the Installer Error bug for Star Citizen

Serving your time in Star Citizen

Players that are killed by law enforcement while having a Crimestat at or above level 2 will respawn in prison. At this moment, the only prison that has been implemented in Star Citizen is the Klescher Rehabilitation Facility within Aberdeen of the Stanton system. If players don’t want to die to law enforcement, letting the turrets at Klescher eliminate you will also suffice to begin serving a prison sentence.

To progress through the sentence the quickest, players should use the oxygen terminals and work through the blockages. Check the terminal to see how much time is left to be served, and keep completing tasks to move the timer quickest.

Hacking to remove your Crimestat level is a difficult process requiring multiple steps, but it’s also the only way for nefarious pilots to continue their nefarious ways without needing to serve their time towards society.

Players can purchase cryptokeys from Cubby Blast, Factory Line, and Grim Hex. In order to ensure success, players should purchase at least three cryptokeys from whichever vendor is closest. These keys are ultimately going to offer players the means of removing their Crimestat entirely, so enterprising criminals should familiarize themselves with where these can be purchased.

Bounty Hunters work with CommArrays — these satellites can be hacked to stymie incoming bounty hunters, giving players time to enter secure areas and hack the databases to outright remove their names. At a CommArrays, which can be found in orbit in multiple regions, pilots should disembark from their ship and enter the middle of the array.

Use a cryptokey at the terminal to begin the process of hacking the maintenance control panel, and remove the array from the ECN services. Players will be notified that the hack was successful, which effectively means they cannot be tracked within that system. Pilots should note that these CommArrays are restricted areas: drones and turrets may engage the player.

Players can hack the Criminal Database of Star Citizen in one of four different locations:

Use a cryptokey to enter the database, select a charge for your pilot, and then select the reason for charge dismissal. Continue to work through all charges until your record, and effectively your Crimestat, has been wiped.

Once any of these methods have been completed, it’s time to turn a new leaf in the universe. Or, at the very least, begin a new reign of havoc without bounty hunters tracking your every step.