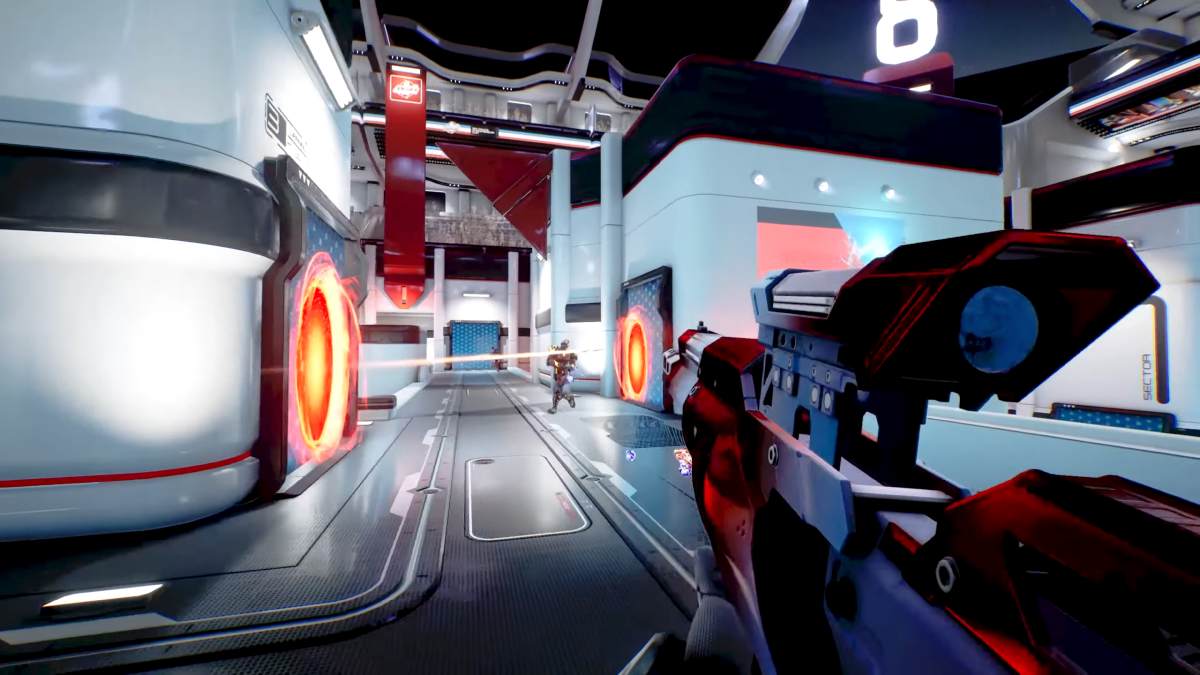 To unlock the 2 for 1 Special achievement in Splitgate, you’ll need to get a collateral with the Sniper Rifle — meaning you’ll have to kill two opponents with one bullet. The Sniper Rifle is a high-powered weapon, and a single shot has the ability to travel through multiple enemies in a straight line. Unlocking this achievement sounds simple, but the randomness of an online FPS can actually make it quite frustrating. Below are solo and boosting strategies that will help you get the 2 for 1 Special. Remember, the achievement won’t unlock until the match ends.

When going for the 2 for 1 Special achievement, it’s best to play the Big Head Snipers mode. If you prefer, you can also throw in Team Shotty Snipers. Both of these can be found under Quickplay after hitting Play. You spawn with a Sniper Rifle already in hand, so you won’t have to search for one around the map. We recommend you only play Big Head Snipers because it gives everyone a larger head for easier one-shot kills, which is highly beneficial when trying to get a collateral.

Headshots are always one-shot kills with Sniper Rifles, but body shots will only do 70 damage toward a player’s 100 max health. This means that — to get a collateral — you either have to get two headshots with one bullet, hit one person in the head and another who’s 70 HP or below anywhere on the body, or hit two people who are both at 70 HP or below anywhere on the body. While lining up a collateral relies on a lot of randomness, you can maximize your ability to capitalize on opportunity.

Choose maps with more tight areas and corridors, like Atlantis, and avoid more open maps. The one exception is the map Forgone Destruction. If you play an enemy team of bots on this map, they sometimes get stuck in a loop where they run back and forth around the pillars near the bottom of the ramps on the corners of the map. If more than one bot gets stuck in this running path, which we’ve seen, you may be able to line up an easy collateral. Otherwise, camp at tight corridors and chokepoints with high traffic, then wait for two enemies to line up. You can use Portals to set up sight lines and avoid danger.

Related: How to get the Lasered achievement in Splitgate

If solo is too tedious for you, the easiest (and cheesiest) way to get this achievement is with two or three friends helping you out. Splitgate allows you to load into Free for All (FFA) as part of a squad. So, when FFA is available, just load into FFA with your friends. The hardest part will be finding a Sniper Rifle on the map you’re playing on. Once that’s done, you can meet up with your friends, have them line up, and shoot them both through the head with one shot.

If you only have one friend to help you out, follow the aforementioned steps, but have your one friend try to line themselves up with an enemy player for you to take the shot. It may not be optimal, but it should be easier than the solo method if that’s giving you too much trouble. Wait until the match ends, and the achievement will unlock.