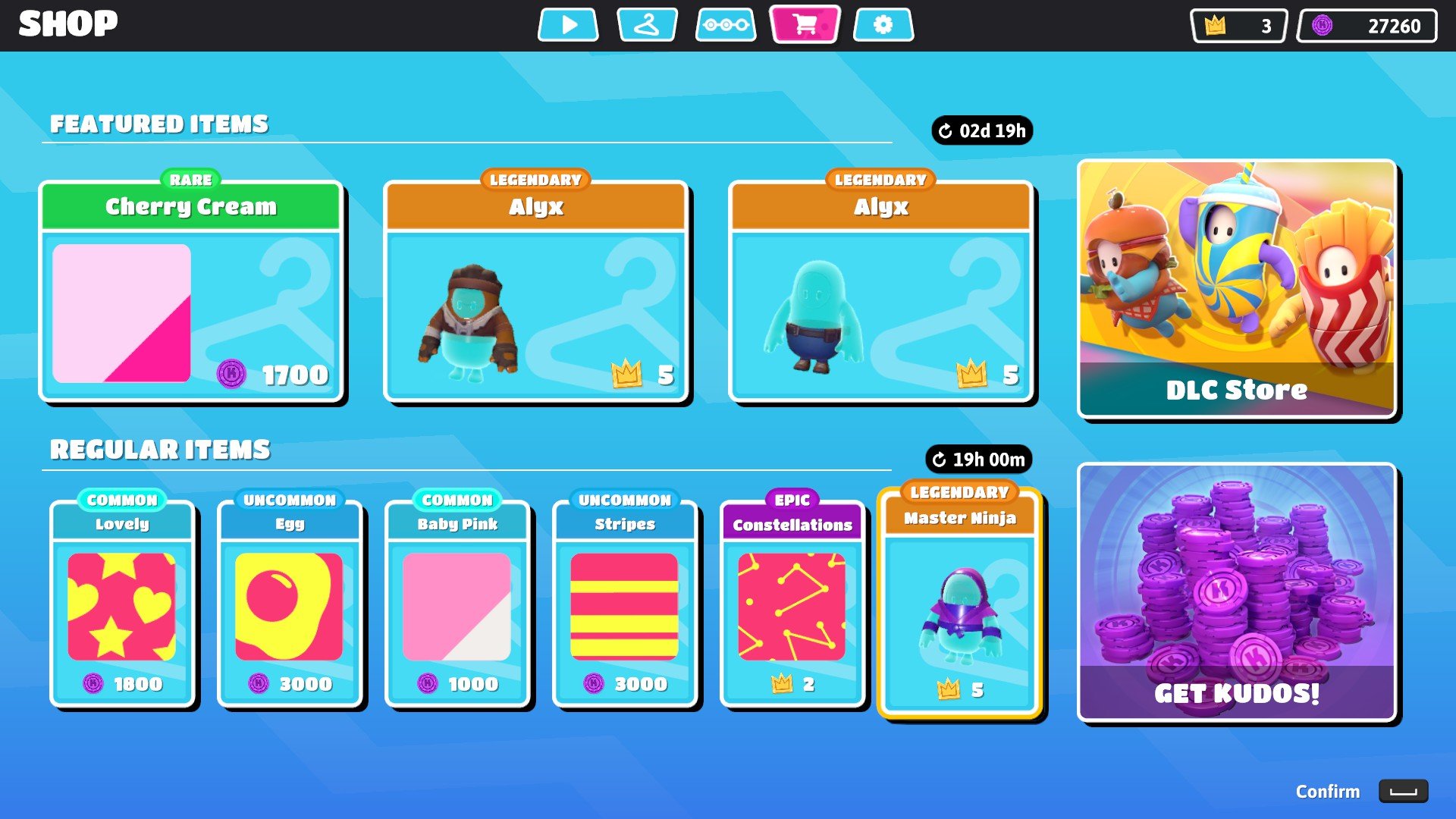 It’s been a while since Fall Guys was launched, and while many speculated that the game’s popularity would lessen over time, it shows no sign of stopping. Developer Mediatonic has been actively adding new content to the game, including the likes of Big Yeetus, a hammer that randomly spawns on the levels smacking players out of the platforms.

The latest addition to the collection of costumes in the Fall Guys store is the Alyx costume from Half-Life, which is returning to the store for the first time. At this time of this writing, the costume is available for 10 Crowns, the currency that can be collected by leveling up your battle pass or winning games.

To buy the costume, just head on to the in-game store. The upper and lower part of the costume is available separately, so you can either grab them together or use it with some other costume of your choice.

Considering the game is pretty light-hearted in nature, in-game cosmetics play a vital role in making the game more enjoyable for the players. Mediatonic has been adding a variety of stuff in the in-game store, and so far, players have been pretty receptive about it as well. It’ll be interesting to see how it keeps the game engaging for the playerbase in the future.