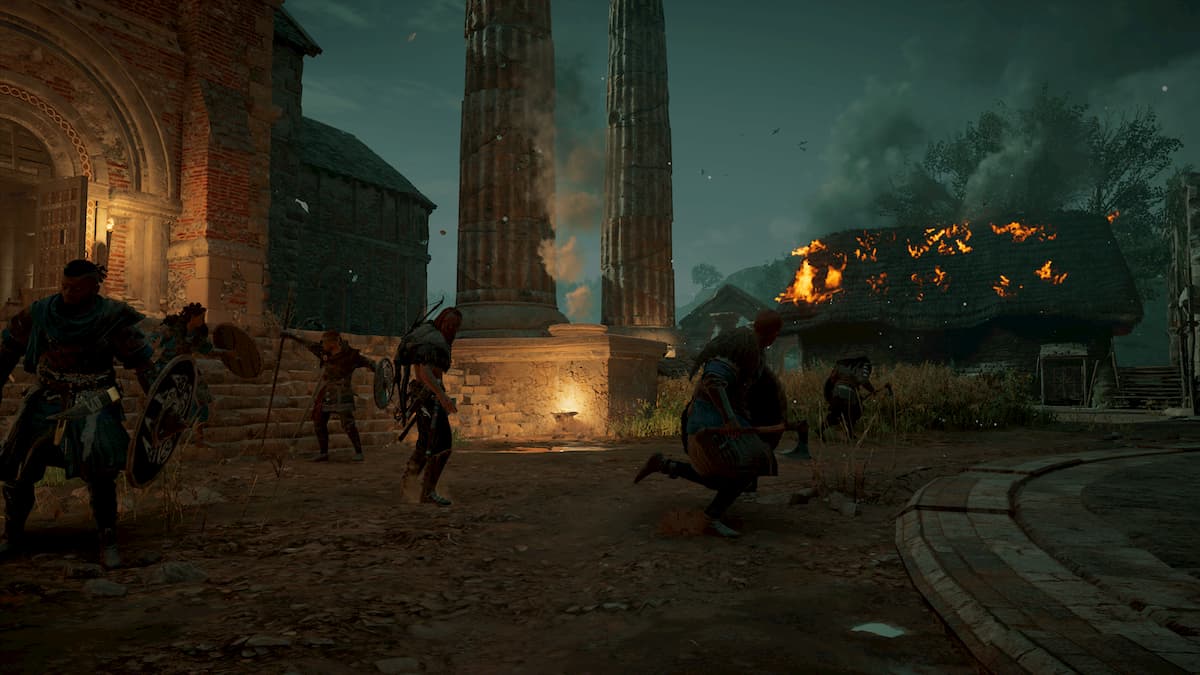 By conducting raids, you’ll be able to visit all parts of England in Assassin’s Creed Valhalla. When you complete successful raids, you’ll be earning important supplies and raw materials you can use at Ravensthorpe to expand your settlement and offer new luxuries to your citizens. There’s a particular piece of cargo that might be difficult for players to access because it’s locked behind a barred Abbey.

Where to find Saint Albanes Abbey

Saint Albanes Abbey is in Oxenefordscire, right next to the Ver River. It has a suggested power level of 90, and there’s a fast travel port at Wandrie you can use to go south to reach it quickly. The cargo is right at the center of town.

After you’ve cleared most of the town of its other pieces of cargo, the final one behind the Abbey will be the toughest to access. None of the doors can be opened from the outside. Many of the upper windows have been barricaded. You also won’t find any secret entrances to access the building from an underground passage. Instead, you want to pull out a bow and arrow to take out the glass windows, namely, the window next to the front door.

By taking out the glass window, you’ll be able to look inside and access the locks on the door. You’ll need to use your bow and arrow again, standing next to the door, to destroy the locks. Once the locks are destroyed, you can make your way inside the Abbey. But if you don’t act quick enough, an elite enemy will wander outside to greet you that you have to battle.

Once you’re inside, the cargo is hidden behind a rock wall. Using your usual melee weapons won’t work, so you need to locate a jar full of oil. There won’t be one inside the building. However, if you go outside and to the front right side of the Abbey, there’s usually an oil jug you can pick and take to the door. When you have it in front of the rocks, take a few steps back, and blow it up. You and another crew member will be able to grab the last bit of cargo and return to Ravensthorpe.