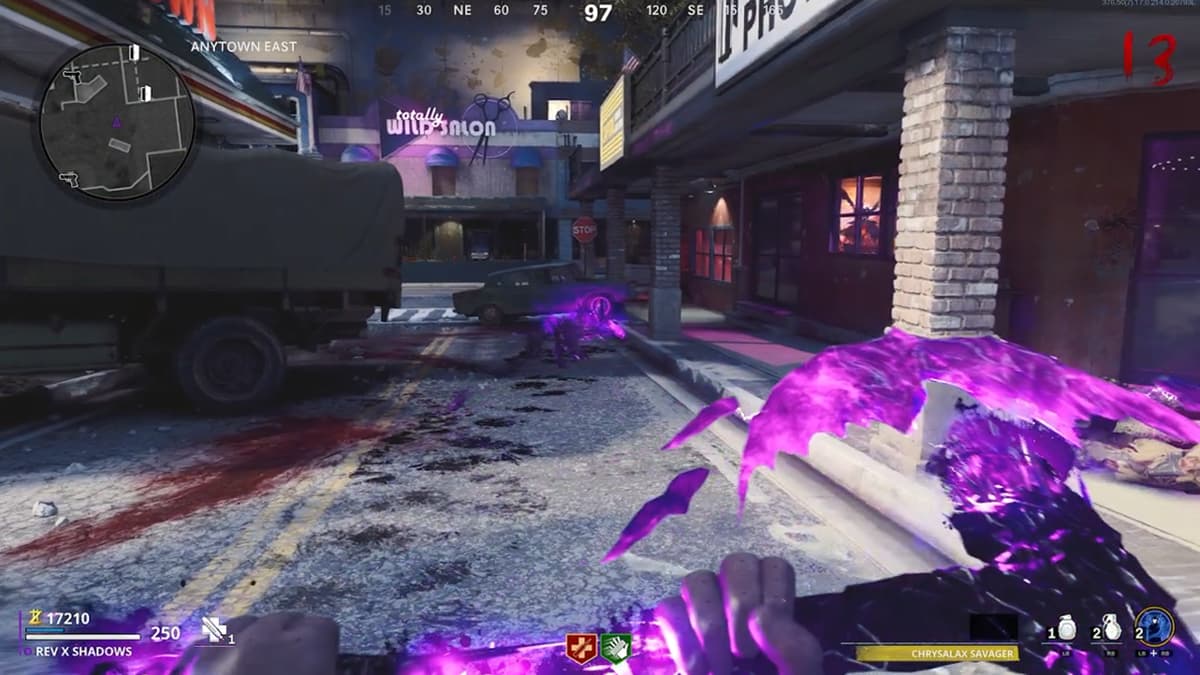 Wonder weapons are always highly coveted items that you will want to pursue in most matches of Call of Duty: Black Ops Cold War Zombies. Not only do they change up the experience from the standard gun, but they are incredibly powerful and useful for taking down the toughest of enemies into the higher rounds. The Chrysalax in Forsaken is no different, being one of the most powerful wonder weapons we have ever seen. Here is how to get it.

The only way to absolutely guarantee you get a Chrysalax is to build one. There are three different parts you will need to gather, but before you can begin doing that, work towards lifting the lockdown. While the button you press to open Pack-a-Punch lifts most of the lockdown areas, you will need to go into the room with the button on the wall next to the shuttered window. Press that button and a cutscene will play beginning the main Easter egg quest.

Now you can begin gathering three different kinds of crystals. The easiest one to get will be from the Tormentor zombies (the red crystallized enemies that explode). To get this part, you will need a Flamethrower. You can try and get one from the chest in the Der Eisendrache arcade machine, but you are likely going to be stuck with building one at a Crafting Table for 100 rare salvage.

Tormentors randomly spawn as the rounds go along. When you see one running at you, pull out the Flamethrower and kill it before it explodes. It will drop the Tempered Crystal Heart.

For the next part, teleport back into the bunker. Now the area will be all blue and Aetherium Crystals appear in various areas. Walk around and an Abomination will appear after a little bit. Wait for it charge up its lightning attack and make it strike one of the purple crystals to drop the Energetic Geode.

Finally, a few rounds after lifting the lockdown you will hear a meteor crash into the Jim’s Donut shop on Main Street. Make your way there and you will see a crystal. When you get close enough, a wave of zombies including Tempests, Plaguehounds, and Mimics will attack. Survive the onslaught and kill all enemies to be able to pick up the Polymorphic Crystal Core.

Now that you have all three parts, teleport back to the bunker and enter the room with the Particle Accelerator. Behind it, there is a tub filled with a Dark Aether liquid. Interact with it and you will drop your crystals inside. When you see them inside, you are ready for the next step. Now you need to get about a dozen or more melee kills in front of this tub.

When you kill the zombie, you will see a purple light fly into the tub. Once enough has been absorbed, a shockwave will go out killing all enemies and you can grab the Chrysalax.

Like other maps in Black Ops Cold War, Forsaken has a Trials machine that will reward you with different tiers for completing its challenges. The machine can be found in the Observation Tower, the same area as the Pack-a-Punch machine, where no enemies spawn. Don’t take too long in there, though, as the Dark Aether radiation will begin to harm you. So far, we have mostly seen trials requiring you to kill zombies in certain areas. Luckily, two zip lines and two teleporters can quickly take you to wherever you need to go for the trial. Get your reward tier to Legendary and claim it at the reward station.

Again, like with other maps in Black Ops Cold War, the Mystery Box will appear in random spots throughout the map and has a chance to give you the Chrysalax. Look for the lightning bolt shooting out of the sky to find it. There is no guarantee to this, so you may have to spend a lot of points to get it through this.