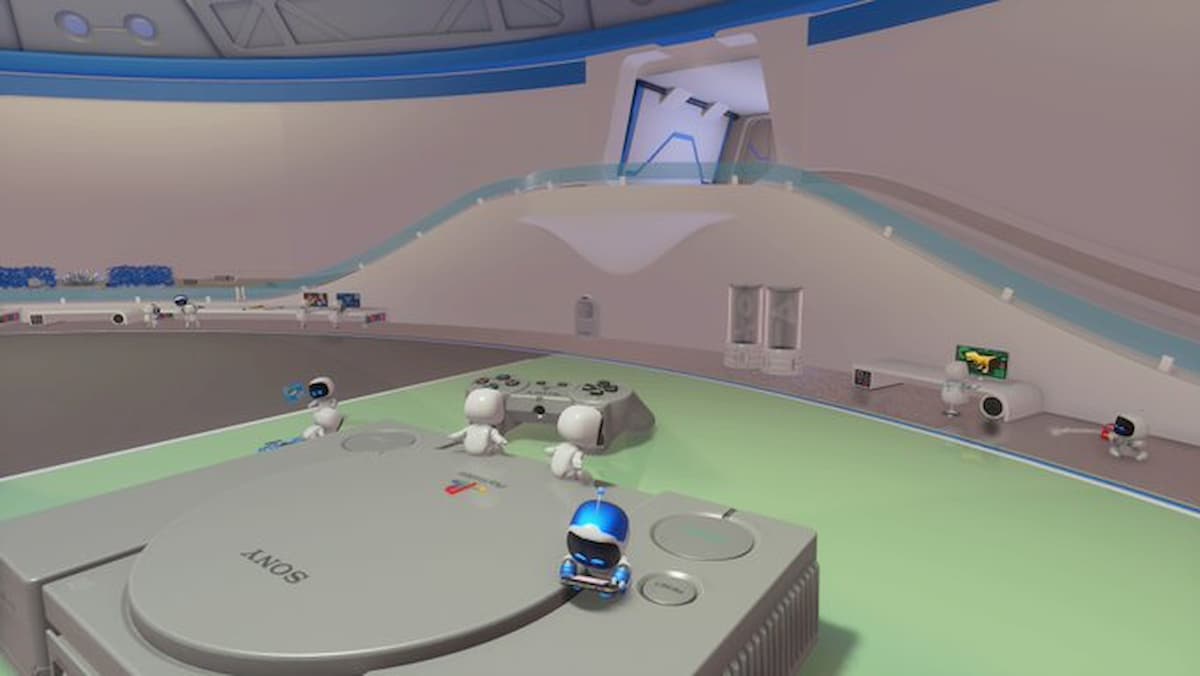 A large amount of hidden trophies within Astro’s Playroom requires users to tinker with nostalgic PlayStation relics inside the PlayStation Labo location. This is also true for the bronze “Disc Swap!” trophy. However, you’ll first be required to collect one special artifact – the original PlayStation.

Where to find the PlayStation

Even though most artifacts take some hunting, the PlayStation will be rewarded to you upon completing Bumper Broadway in Memory Meadow, the fourth stage in the world. After that’s taken care of, make your way to PlayStation Labo.

Here, the PlayStation will be placed on the left side of the room. Although the trophy description insists you have to open the PlayStation lid, jumping or attacking its eject button won’t do any good.

Rather, look for the bot scratching at the console near the second memory card slot and punch it. This will trigger the bot to jump and press the eject button for you. If it doesn’t jump high enough, charge up a harder punch by holding square for a short time. Once successful, the trophy notification should then appear.