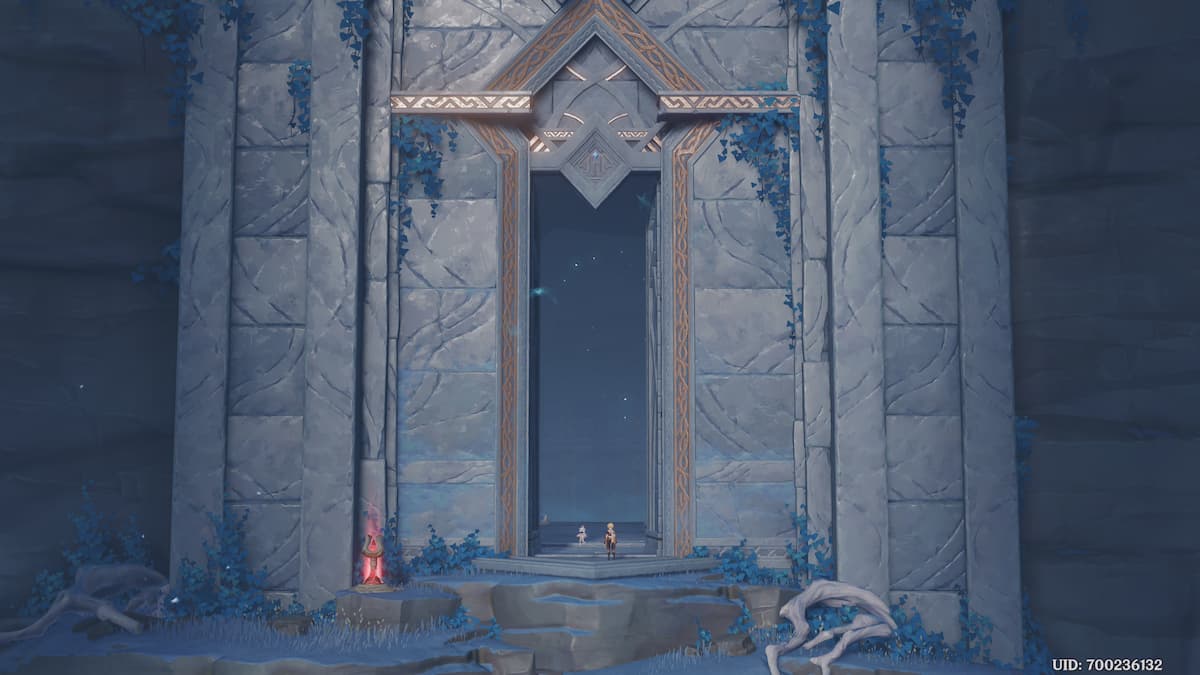 Hyperion’s Dirge is a quest in Genshin Impact that will task players with tracking down three offerings for a ghostly figure called Aberaku. The end goal is to get the Divine Bridle, and in this guide, we will show you exactly what you need to do.

First, you need to begin the Hyperion’s Dirge quest. To do this make your way to Dainichi Mikoshi in Enkanomiya. Go to the teleporter that is near the east side of the top of the structure near the hole in the floor that leads to the boss fight.

Drop off the west side and down one level and you will find some Relic Guards. Take them out and open the chest. As long as it is Evernight, there will be a torch on either side of the chest that you can light with some Pyro abilities. This will open a secret door and grant you access to a room with Aberaku.

Speak with Aberaku and he will say that he built the Dainichi Mikoshi, and will ask you to collect three offerings for him. To do this, you will need Key Sigils. These can be found all over the map, and come in five different types. You will need a total of three of each type for this portion of the quest.

Now, visit the areas shown on the image above in each of the area’s three main locations. In the northwest corner of the Narrows, the north of Evernight Temple, and the southern portion of the Serpent’s Heart, you will find circles of Seals that you can open with the Key Sigils. Doing so will cause Aberaku to appear. You can then talk to him to start a challenge that will involve fighting some enemies.

After the fight, a chest will spawn and you can loot it to get the offering you need. When you have all three, return to Aberaku where you originally found him, and give him the offerings. A portal will appear that you can move through and you can then speak with Aberaku again to get the Divine Bridle.