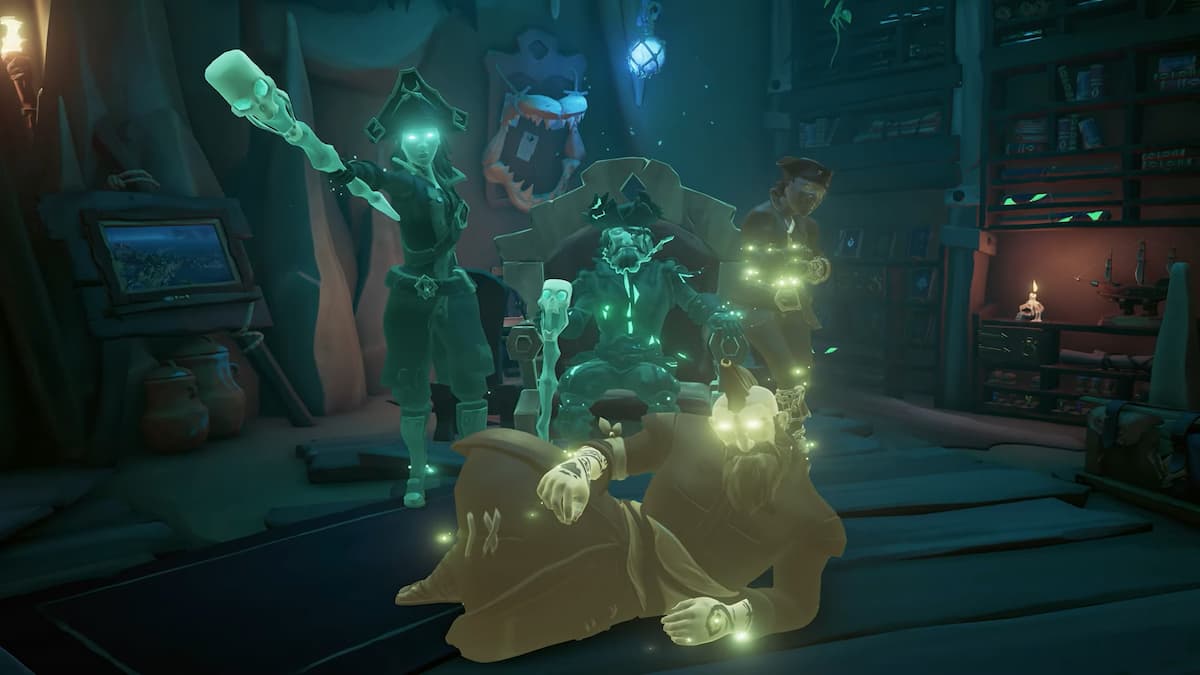 If you’ve been fighting for freedom as part of the Guardians of Fortune, you’re well on your way to getting the coveted Ghost Curse in Sea of Thieves. Characters seem to die all the time in this game, but some NPCs like Merrick have returned in ghostly form, while you’ll occasionally put up with cantankerous ghosts like the Phantoms. If you reach certain accomplishments on behalf of the Pirate Lord and Athena’s Fortune, you too can look like a green ghost in Sea of Thieves — here’s where to obtain the Ghost Curse.

Blessing of Athena’s Fortune location in Sea of Thieves

First off, you not only are required to be a Pirate Legend in Sea of Thieves to earn the Ghost Curse, but you also have to reach at least Allegiance Level 100 for the Guardians of Fortune. You’ll achieve that by sinking Servants of the Flame and hoarding treasure while fighting for the Pirate Lord’s faction. Once you’ve reached that milestone, you can freely enter the secret part of the already-secret Athena’s Fortune hideout.

Speak to the Pirate Lord in his cabin, and select the final dialogue option to have him open the door; it should read “You have already let me pass once. May I do so again?” if you have been here before. Once you go through the door, go past the drinking ghosts and up the stairs on the left. Continue down this path toward the waterfalls. Eventually, you’ll see the ghostly Merrick and Belle. In front of them is the Athena’s Fortune insignia; stand in between it and the two NPCs, and hit the prompt reading “Receive Blessing of Athena’s Fortune.”

Enjoy the cutscene to follow; it might give you goosebumps if you particularly like the music of Sea of Thieves. After this, you’ll be able to freely equip the Ghost Curse in your Vanity Chest.