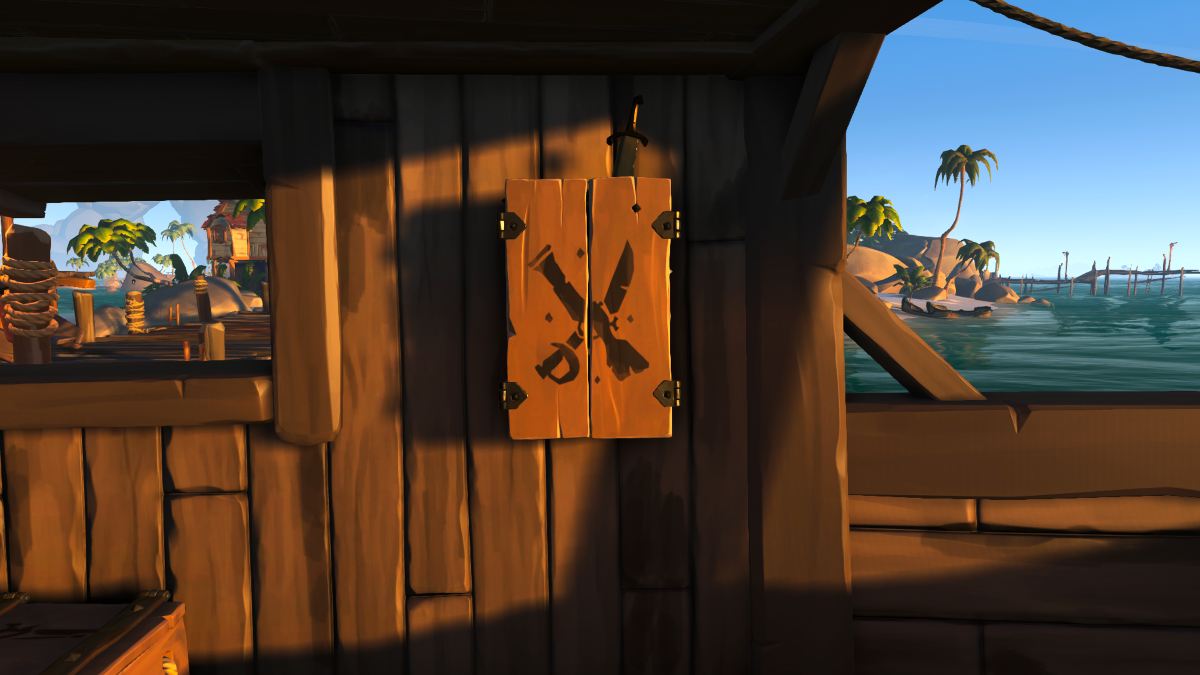 The “Ignoring The Rules Of Engagement” achievement requires you to kill an opponent from behind with a Blunderbuss, which is the game’s version of a single-shot shotgun. Doing so requires you to get in close to a hostile player, a feat that’s difficult to achieve. That said, we’ve outlined the best strategies to get you this achievement as easily as possible.

Before getting a kill with a Blunderbuss, you’re going to have to equip it. To do so, go to your ship and locate the Armoury. The image above exactly shows what it looks like: a brown box on the wall with a crossed gun and sword on the front.

Once you open it, navigate to the Blunderbuss section using Right Bumper and select the weapon. Exit the menu with B and cycle through your weapons with Y to equip the Blunderbuss.

Related: How to get the Smile, you son of a… achievement in Sea of Thieves

Shoot an Enemy in the Back

Now comes the hard part — putting yourself in a position to shoot a hostile player in the back and kill them while at exceptionally close range. You cannot do this on someone in your crew. This makes it a challenge and somewhat random since you can’t control enemy players and how they behave. However, you can maximize your chances and set yourself up for opportunities by implementing these strategies:

According to reports, it’s also apparently possible to get this achievement if you form an Alliance with another crew, then shoot one of them in the back and kill them (willingly or otherwise). We haven’t tested this ourselves, but it’s certainly worth a shot if you get the chance. Just don’t expect your Alliance to last.