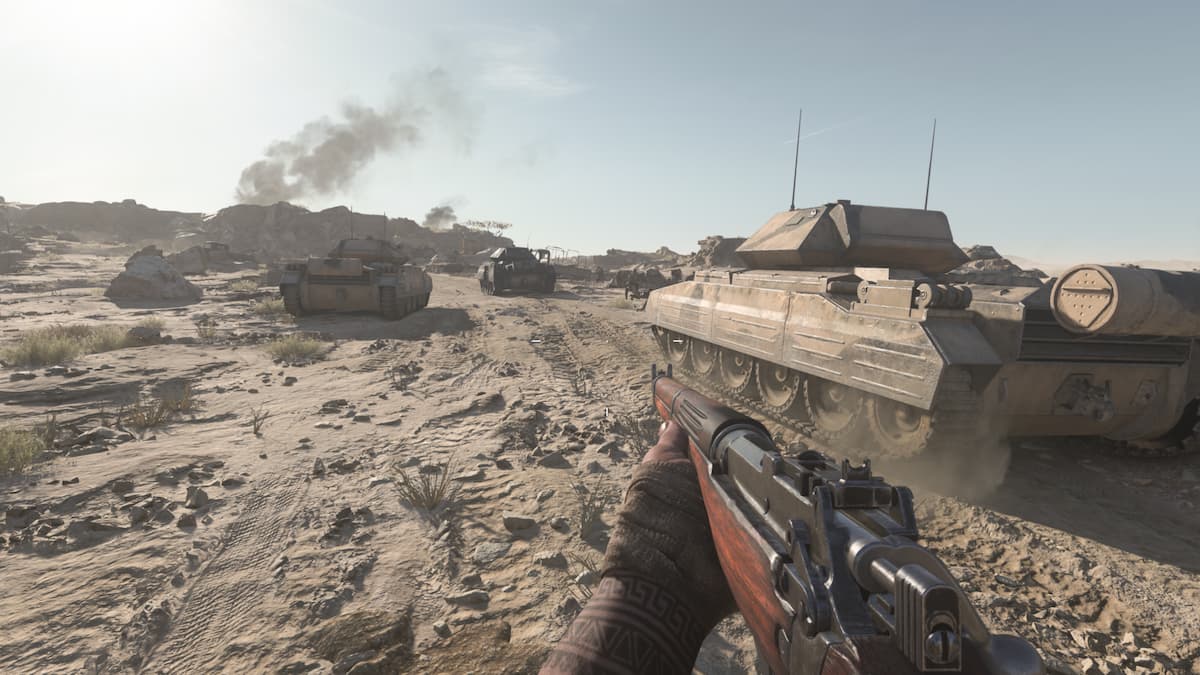 Call of Duty: Vanguard’s penultimate mission, “The Battle of El Alamein,” features large setpieces involving tanks — both allied and hostile — going at it in an all-out battle. Appropriately, one of the level’s achievements, “Leaving an Impression,” requires Riggs to interact with said tanks to unlock it. Interestingly enough, it’s not driving or shooting the tanks themselves that gets you this achievement, but rather a bit of carelessness.

To unlock the “Leaving an Impression” achievement, you have to get run over by one of your allies’ tanks. The easiest way to accomplish this is to fight through the first wave of enemies that appears as soon as the level starts. Once the way is clear, friendly tanks will start charging full speed ahead. Just throw yourself in front of one and the achievement will pop, as will Riggs, presumably.

While you can step in front of the tanks as soon as the level starts, the tank AI will stop upon realizing you’re in front of them, and thus not force a game over. However, before it stops, the tank will still deal a small amount of damage, and you can exploit this to “speedrun” this achievement if you so please.

To do this, run ahead of the tanks into the enemy’s line of fire and willfully take damage. Then, when Riggs is on the brink of death, sprint back towards the tanks, which should be moving forward since you’re not directly in front of them, and collide with one head-on. With that, you will have now completed the “Leaving an Impression” any percent speedrun.