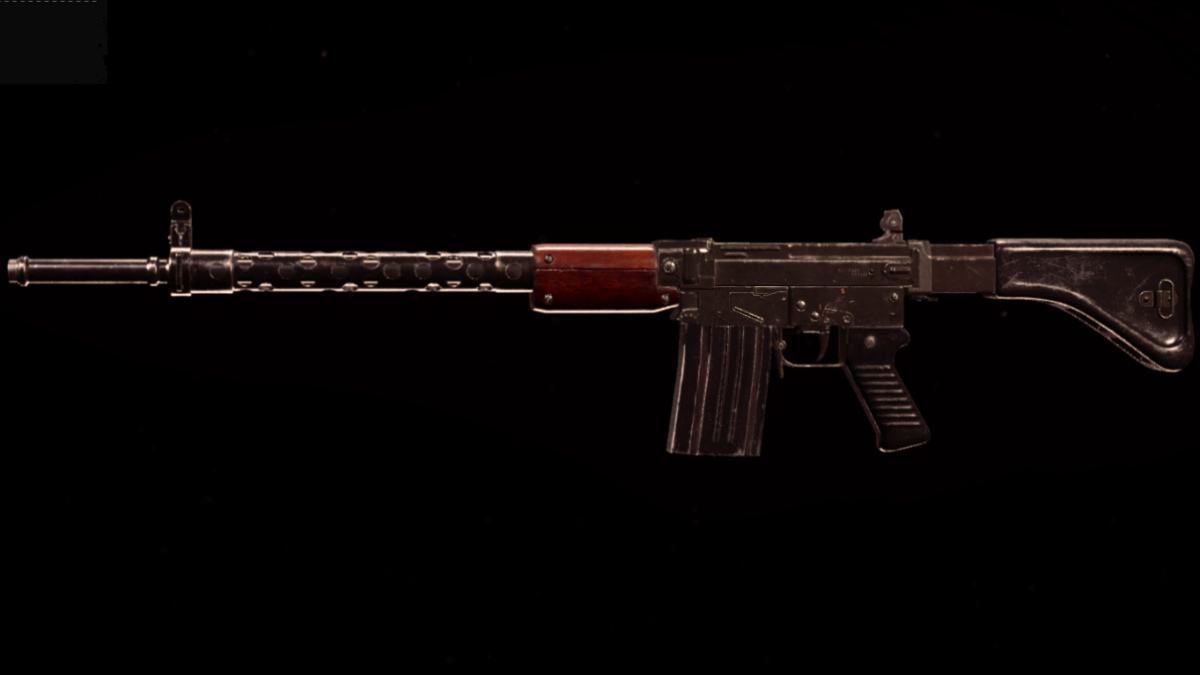 An argument can be made that a majority of Call of Duty: Vanguard and Warzone’s best weapons are those that have come after launch. The Lienna 57 is a shining example of this, as Season Five Reloaded gifted players with an LMG that impressively balances damage and accuracy — a rare sight to see in the weapon category. However, what stops it from being overpowered is the fact that it’s painfully slow to shoot and move with. Thankfully, there is a loadout for both Vanguard and Warzone that eradicates this problem and turns the Lienna 57 into a hulking elimination machine.

Related: How to unlock the Lienna 57 in Call of Duty: Vanguard and Warzone

Although accurate, the Lienna 57 is only short of perfection due to the upper hand some assault rifles have against it with their staggering fire rates and damage stats. So, the best Vanguard loadout for the LMG should even the playing field by trading in its some of its unnecessarily high damage range and accuracy to speed up almost every aspect of the gun. This includes its ADS time, movement speed, and of course, the time-to-kill. You can find every attachment you will need to make this happen below.

Amongst these attachments, you will first want to set your eyes on equipping the Removed Stock. It wipes away the gun’s sluggish pace by supplying added movement, ADS, and Sprint to Fire speed, essentially ridding the Lienna of its biggest flaw. However, the emphasis on speed shouldn’t stop there. The Baumann 317mm LS barrel and Mark VI Skeletal underbarrel should also be applied in order to boost its ADS time further and out hustle almost any SMG or AR in close range.

Aside from the Removed Stock, the other add-on we find to be a must-have is the 5.6mm 36 Round Mags, providing significant boosts to its damage and velocity. Yes, this does come at the cost of its fire rate, but considering its an LMG, the trade off is hardly noticeable. Once that’s applied, you should pair it with the Fully Loaded Kit and Incendiary ammo type, ultimately lending you additional magazines upon spawning in and the ability to cause damage even after firing.

The other portion of this loadout worth noting is its perk selection. As you will be running around with just 36-round magazine, Scavenger ensures you never run out of ammo by lending you bullets from player bodies. You can also put your speed to use with Ghost, a perk that leaves you undetected on the mini-map while moving. Lastly, the Perk 2 slot should be taken up by none other than High Alert, which points you in the direction of any nearby enemies looking your way.

For battle royale players, the Lienna 57 will function in an entirely different manner. Instead of striving for additional speed, this LMG class will focus on perfecting its accuracy in order to become a brutalizer at any distance. In result, the Lienna 57 should help you protect your squad from snipers and other long-range threats. Each attachment for the loadout can be found listed below.

As you are striving for accurate shots at a distance, it is best to first unlock and apply the Wenger NH Adjustable stock and the Frei 432mm Shrouded barrel. Both attachments give the Lienna increased recoil control and accuracy instantly upon firing the gun, making it almost too easy to land multiple headshots with your first few bullets. However, as its range is not exactly limitless, we do recommend equipping the Lengthened ammo type to avoid significant bullet drop.

The LMG is even capable of knocking an entire squad from long range, though this is mostly possible through having the Tight Grip weapon perk. Like the Frei 432mm Shrouded, Tight Grip allows you to have boosted recoil control, but this time around, it is for when you are continuously firing. Thus, when shooting with a large magazine — like the 8mm Klauser 75 Rounds — you will have pinpoint accuracy for a lengthy period of time.

That said, you will need some attachments to increase your close-range abilities once the final circle nears. In close quarter situations, it is best to have add-ons that simply quicken its stagnant aim-down-sights speed, such as the Mark VI Skeletal and Fabric Grip. Additionally, the High Alert perk can also aid in these up-close battles with its ability to notify you of enemies moments before they fire.

You can then round out your loadout with two other crucial class perks: Double Time and Combat Scout. Double Time will increase the duration of your sprints, ensuring you are able to keep up with your lighter teammates. Meanwhile, Combat Scout will automatically ping the location of enemies you hit from a distance, giving your squad the chance to finish them off before they escape.